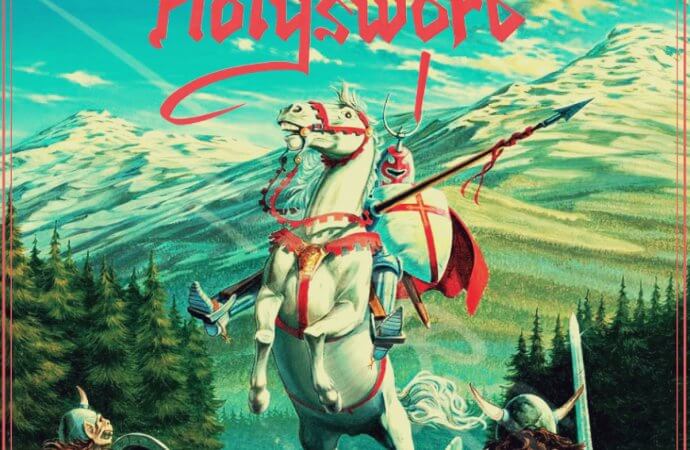 A short, sharp introduction to the world of Willehardt...

Sweden’s Holysword have released a new five track EP, entitled Knights of Vyria, and very nice it is too!

Essentially a one-man project centred around the multi-talented Willehardt, who sings and plays everything bar a couple of guitar solos, Holysword are an archetypal melodic power metal band who run the full gamut of the style from complex neoclassical guitar runs to earworm Eurovision choral overload. Second track Warpath of The Holy Crusade best exemplifies the former stance and will probably appeal most to metal fans of a harder stripe, whilst the perky Green Dragon will have fans of the latter flocking to its banner.

Willehardt is a very talented individual indeed; his guitar work is exemplary, whilst his vocals – which tend to the helium-fuelled end of the spectrum – are just as gloriously dramatic as you’d expect, nay demand!

The fast and furious closing duo of tracks, The Rune Sword of Red Skies and Altar of Blood both tip their helmets to the over-the-top symphonic metal of Twilight Force, especially Altar… and this would appear to be the direction that suits Holysword best overall. Certainly Altar of Blood sounds the most ‘authentic’ of the five tracks on offer here; the key change mid song is a real spine tingler, and the guest guitar work from Kalle J. and Almeyric points possibly to a future for the band as a ‘real’ entity at some point.

Great stuff, made even better by the fact that Willehardt is offering this EP as a name your price release on the Holysword Bandcamp page. Head over and help the band get to the next level of their quest!

Knights of Vyria is out now.