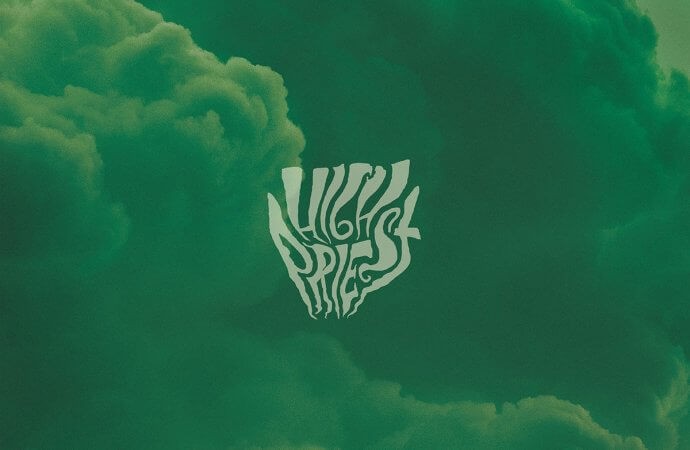 Chicago’s High Priest were apparently conceived during the wild-eyed delirium of an Electric Wizard concert; however there’s no need to fear the band if sloth-paced self indulgence isn’t your thing, as this quintet deliver a rather sharp, incisive take on the whole (by now rather overdone) doom thing… this is healthy, pure metallic beef with all the fat trimmed away for your convenience.

Opening track Descent actually finds singing bassist Justin Pence channelling his inner Danzig at the commencement of the song; and then, as the track reaches it’s thrilling, drum-propelled denouement guitarists Pete Grossmann and John Regan join together in best Smith/Murray fashion to deliver a spine tingling dual lead. Make no mistake, this is metal handed down from the true gods, nothing more nothing less.

The lurching Paradigm presents a Volume 4 vibe mixed with some delightful Alice In Chains touches, and again some truly marvellous guitar interplay, which continues throughout the rock solid Creature… Mark my words, If the likes of Corsair or Gygax have ever floated your boat you’re gonna lap this up…

Closing track Offering is perhaps the least impressive, slowing the pace down and losing a bit of momentum – but note I say least impressive – this is all very good stuff in the scheme of things!

Sadly after four tracks we’re all done and dusted, but I can’t recommend this highly enough and can’t wait to hear more! Hats off to High Priest!

Sanctum will be released by Magnetic Eye Records on April 19th.