Hex A.D.: Norwegian Proggists Heading Out To The Garden… 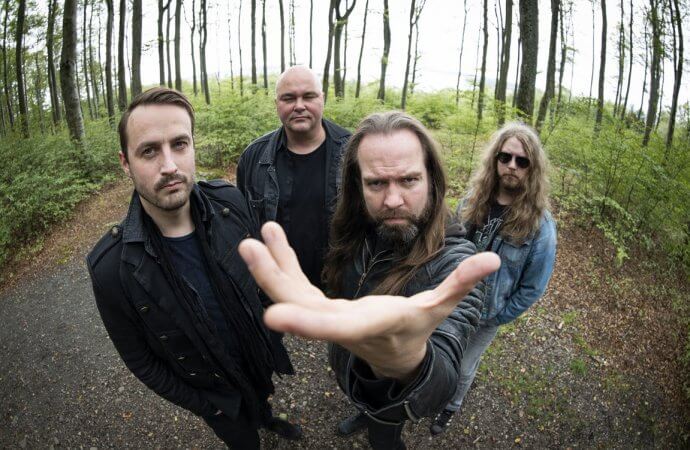 Hex A.D. has built a strong reputation these past years as one of Norway’s finest ambassadors for the classic heavy rock we know and love from bands such as Uriah Heep and Rainbow. 2018’s Netherworld ­Triumphant saw the band dive deep into the golden darkness of the early eighties, and gave the band a storm of great reviews from all over the world – not least from Sentinel Daily editor Scott Adams who proclaimed the album ‘a triumph indeed’ in his review. The album also featured at number twenty eight in Sentinel Daily’s Top 100 Albums of 2018.

Now here they are again with the brand new album Astro Tongue in the Electric Garden!

On the new album the band has let their different musical inspirations flow, and there is a stronger sense of melody on this record compared to the three previous ones. The over-all feel is slightly psychedelic and has a taste of the late sixties scene in London where bands such as Pink Floyd, Cream and The Jimi Hendrix Experience changed the world of popular music for ever. The bluesy riffs in Hawks & Doves, the vintage guitar sounds and the epic organ and mellotron runs leave no doubt that Hex A.D. tips the hat off to the aforementioned greats on this album.

After the death of long-time producer Chris Tsangarides, ­production duties have been handled by guitarist/vocalist Rick Hagan, who started Hex A.D. ­together with Chris back in 2011.

There are several guests appearing on Astro Tongue in the Electric Garden; The legendary hard rock singer Eirikur Hauksson, known for his ­outstanding work with Norwegian metal band Artch and Uriah Heep-legend Ken Hensley brought one of the record’s centre pieces Hawks & Doves to new heights with his bluesy efforts.

Former Dio guitarist, and close partner of the band, Rowan Robertson has contributed with all the guitar parts to the bonus track Grace & Pain, and delivers another one of his fantastic performances.

Scott Adams has been treating the Sentinel Daily office to the album on heavy rotation for a couple of weeks and has this to say about the record: “Fans of Netherworld Triumphant will of course find much to enjoy with this record but there is more – much, much more – to Astro Tongue… than a mere reprisal of what’s gone before. Tracks like Old Bones and A Stone For The Bodies Not Found have set the bar insanely high for prog in 2020 and we’re not even half way through January! this is a great big bastard of an album, please believe!”