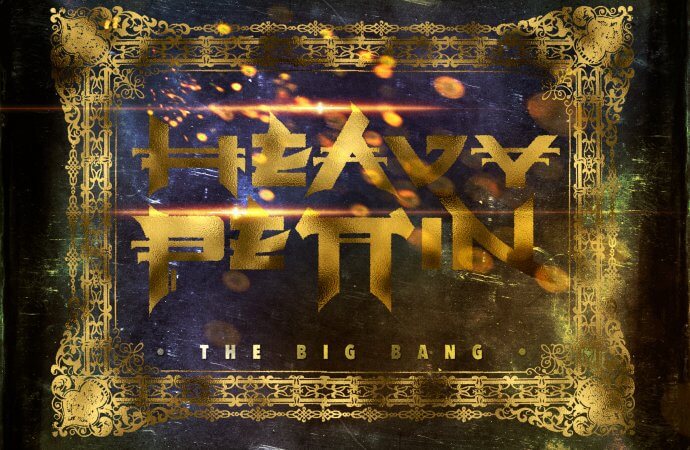 By The time Heavy Pettin’s third album, The Big Bang, came out, the band was already finished as a going concern; Effectively a three-quarter hour long epitaph, the album showed to a certain extent what might have been for the band, whilst simultaneously highlighting the reasons for their untimely doom.

The Scottish hard rock band had seemingly let fame and riches – assured by various writers at Kerrang! Magazine on the strength of their early Neat Records single and a string of sterling live performances in support of the great and good of early eighties hard rock and heavy metal – slip through their fingers by the time The Big Bang came out. First album Lettin’ Loose was a bona fide stormer whilst it’s follow up, Rock Ain’t Dead just failed to follow through on the band’s early promise whilst still delivering high class hard rock in the form of the title track and accompanying leadoff single Sole Survivor. As with many other hopefuls of the time, the band allowed their inherent grit and fire be airbrushed out by a series of production teams. By the time they got to The Big Bang, all vestiges of metal were gone thanks to studio help from Tony Taverner and Adrian Joy, a pair of men more at home with the likes of Duran Duran and Toyah than Kiss and Def Leppard.

Speaking of Def Leppard, Joe Elliott and co. are an obvious reference point for The Big Bang; however Joy and Taverner managed only a cut price version of the sound that made Pyromania so alluring, a sound already six years out of date by the time Pettin entered the studio to record the album. Hence great songs like Looking For Love and Heaven Sent were hamstrung by a dated sound that put the band on the back foot from the get-go.

Performances throughout are never less than top notch, though, with vocalist Steve Hayman in particular shining despite being given tracks like Madonna On The Radio to sing. The album’s first single – the Eurovison Song Contest entrant Romeo – has aged surprisingly well, as has the excellent Lonely People, which, at thirty years remove has a sort of Journeyesque grandeur to it overlooked at the time of release. Good songwriting will always out, however it’s dressed up in the studio, and there are enough good songs here to suggest that Heavy Pettin might have been able to make a go of things if left to their own devices.

Still, that didn’t happen, but as a historical document The Big Bang, re-released by the Burnt Out Wreckords imprint this week, stands as testament to both the good and bad sides of eighties heavy rock.

The Big Bang is re-released on November 29th.