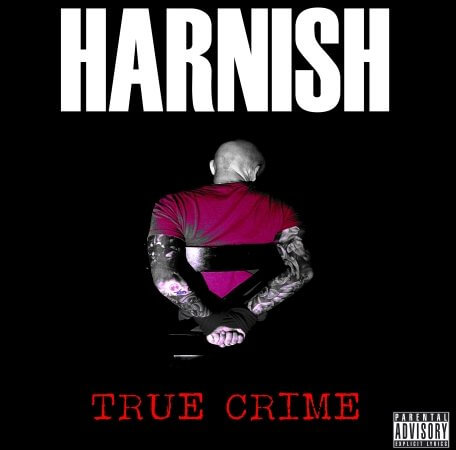 A big step in the right direction...

Oklahoman Patrick Harnish is back with a new album, his third, and once again he’s exploring all those dark crevices of the human psyche that most of us wouldn’t care to acknowledge the existence of…

I’ve never been there, but from the evidence of all three Harnish albums there appears to be a severe paucity of what we know in the medical trade as ‘happy pills’ in Harnish’s particular part of the Midwest. Over the course of forty-odd tortured minutes on his new album Harnish again manages to exorcise more demons than the average Catholic Priest on a sponsored imp cull, but if this style of overwrought American Gothic is your bag that won’t matter an ounce as the band goes about it’s grimly fascinating business.

Track one, Just Like A Murderer, surprisingly brings reanimated New Yorkers Pist.On to mind, but for the most part Harnish reverts to his default Danzig lite setting. If truth be told there’s a bit more musicality accompanying the muscle on True Crime than on the band’s previous couple of outings, a late nineties grunginess that is actually more appealing than that simile might intimate. This is the sound of an artist becoming more comfortable – nay confident – in his own skin.

Dying In A Red Dress, the probable standout track, is an unlikely mix of Nine Inch Nails minus the electronics and Saliva, and again is way more appealing in the flesh than the comparison. The hillbilly death song You’re Just Like A Wolf To Me is another winner, reeking of B-Movie sensationalism and real, nasty depravity; Johnny Cash in his hellraising prime would definitely have approved. And talking of actual music legends, Harnish also delivers a reading of John Lee Hooker’s Boom Boom that keeps the menace of the original whilst adding a metallic bombast that’ll appeal to Harnish’s constituency just as much as it will to old bluesers.

Good stuff, then, and it’s nice to chart the progress of an artist – for True Crime definitely does represent progress for Harnish – from album to album through the pages of Sentinel Daily. Definitely worthy of your attention.

True Crime is out on May 18th.