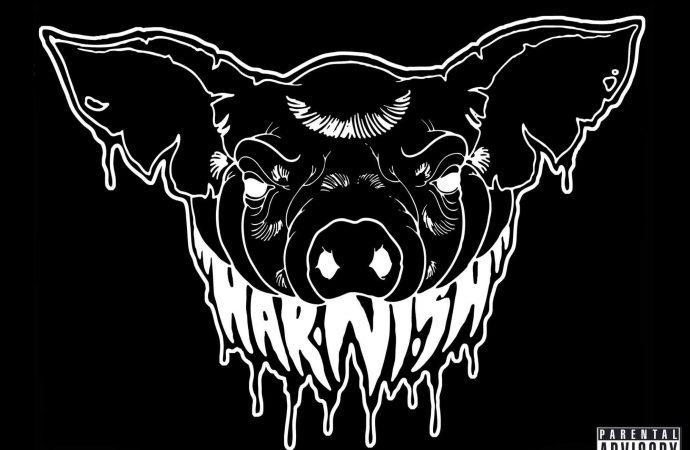 Another dose of Oklahoman good stuff...

Tulsa roughnecks Harnish are back, a mere nine months after we reviewed their last album, In Dark Water, and, if you were a fan of that record you’ll be pleased to hear not much has changed.

Tracks like Dark Worlds Fade are superb slices of doom-laden Americana, continuing the band’s predilection for murder ballad-styled storytelling. Mainman Patrick Harnish, flying solo last time out, is augmented by a full band this time round, but to be honest the impact of these other members is negligible sonically. Harnish himself is the twisted maelstrom at the centre of everything, oozing menace on opening track Bad Things and sounding genuinely not all there on My Name is God.

Dez Fafara may well be about to release an album of metalised country songs under the Devildriver imprint, but he’s been beaten to the jump here by Harnish, who present their own suitably ragged take on Johnny Cash’s Folsom Prison Blues. This version has a dark heart, way more menacing than anything Dez’s airbrushed and sanitised bunch of ninnies might come up with, sounding indeed like the work of somebody who may well have shot somebody just to watch them die…

I mentioned in my last review of this band that a good point was their refusal to let songs – already miserable enough as they were – drag on any longer than they needed to. This time around the band have afforded themselves more time, with some songs heading out past five minutes in length. As feared, this sometimes is too much of a good thing, but generally the punch and impact found on the last album is still present on excellent tracks like standout cut Miracle, which sounds for all the world like an unholy union between Glenn Danzig and Keith (sorry, Mina) Caputo. The chugging Night of the Incubus runs this a close second.

If the thought of idly pulling the wings off flies on your front porch with a shotgun resting across your legs fills you with excitement then I may just have the album that’s going to act as the soundtrack to your summer (or for as long as you stay out of the clutches of the local constabulary). If you don’t like the sound of that, you may do well to avoid, but I bet if you happen across tracks like Serpentine on the radio you’ll find them darkly, strangely irresistible. Top work all round and a tangible step up from last year’s effort.