Harnish – In Dark Water (Own Label) 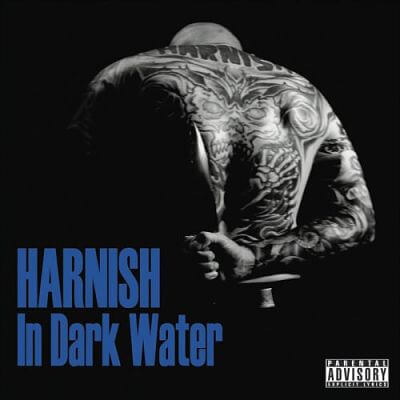 Harnish is a one man band from Tulsa, Oklahoma, which seems dedicated to reliving the dour, misery-filled days of the mid-to-late-nineties American metal scene.

The brainchild of singing multi-instrumentalist Patrick Harnish, the modus operandi here seems to be a procession of moody, slow-moving murder ballads designed to create a dark presence of evil over the listener. Way Down Below is full of atmospherics, but the first really excellent track is number five, Shooter, which brings to mind the sombre musings of A Perfect Circle. Harnish wisely doesn’t overtax his voice, adopting a talk singing style that matches the largely psychotic nature of the lyrics, and he backs himself with simple yet usually effective arrangements.

Black Moth is more bombastic, utilising hints of Danzig to good effect, and God Made Devil, which I believe was released as a single, has a similarly gothic air, mixed with a dash of Life of Agony to really pile on the despair.

The second half of the album more or less mirrors the first, with each song moving up and down the sliding scale of misery with varying degrees of success, with the scourging guitars of Like a Knife being a particular highlight and the slightly more upbeat (in relative terms) To Be Your Vampire also scoring pretty highly on the enjoyment meter.

Wisely, considering the downbeat nature of most of the material on offer here nothing is allowed to drag on for too long, with only Way Down Below even approaching five minutes in duration. This means that material seems punchy rather than dirgy, and the album has a fast-paced feel despite it’s downbeat nature, which has to be a good thing for casual listeners.

Harnish may well have timed this release well as the nineties revival trend picks up steam; Certainly fans of anything from Pantera to Korn will find something to latch onto here, but that statement underlines the fact that this is a decidedly niche release which probably won’t appeal to many people outside of those perameters. Seekers of fun times and bright lights need not apply here.

In Dark Water is out now. Get it HERE