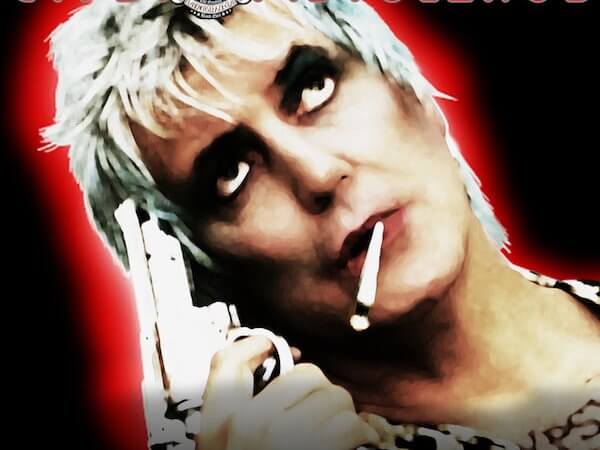 Led by rock n’roll dreamer Lee Mark-Jones (AKA Gypsy Lee Pistolero), the Gypsy Pistoleros would have you believe they are a unique, once-in-a-lifetime mashup of The Gipsy Kings and The Dead Boys; the truth is somewhat less glamorous – and interesting – than that, but this new career-spanning retrospective ain’t entirely without charm or merit, and if you’ve ever had soft-spot for mascaraed degenerates in plastic trousers and cheap cowboy boots then you’ll probably find a good few choons here that actually catch your ears’ attention.

Mark-Jones is an Englander (he was actually in a not-too-bad punk/pop outfit called The Ice Babies in another life time), who happened to hit upon the idea of a flamenco/punk synthesis during a four year sojourn in Zaragoza; the opening track here (coincidentally one of the best?) is an old Spanish pop hit called Ay Que Dolor beefed up and given a little lift by the guitars of Iggy Pistolero. Mark-Jones is an adequate vocalist, sometimes reminding this reviewer of Jake Shillingford of My Life Story (that faded glamour thing coming to the fore again, I guess) – although he’d doubtless welcome comparisons to Stiv Bators a bit more, I’m sure… but he’s a true believer, and the fire in his eyes and his belly often carries him (and the listener) through when the voice looks like it might fail him.

When the band fire on all cylinders, as they do on the superb The Crazy Loco Loquito, you can’t help but go with them, and fans of artists like Casino Steel won’t fail to get a smile on the dial when the band rip through the likes of Livin’ Down With The Gypsies. At their most authentic (Los Suenos De Los Muertos) they give Tiger Army a run for their money with a real fifties vibe.

A couple of other featured covers are worth noting – a great take on Ricky Martin‘s Livin’ La Vida Loca, a not so successful run through Cher‘s iconic outsider anthem Gypsies, Tramps and Thieves – with the upshot being an uneven but generally enjoyable romp through what for many will be unfamiliar musical waters. The band are threatening a new full-lengther in the not-too-distant future, and if this compilation serves to pull a few new disciples to the Gypsy flag before that then it will have served it’s purpose.

The Greatest Flamenco Sleaze Glam Band Ever! is out now.