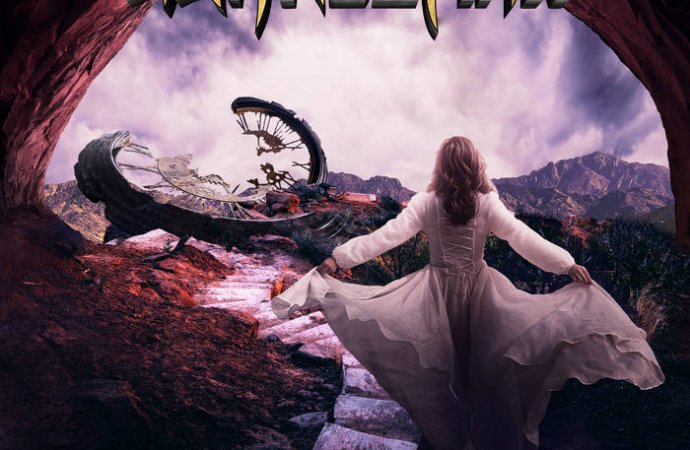 Chicago-based metallers ready to take on the World...

Those of you with long memories will remember that I featured Chicago-based metalheads Guardsman way back in the third-ever edition of The Crusade of Power in September 2016. A lot has been going on in Camp Guardsman since then, with the band now releasing their second full-length album, The Entropy Illusion – Part II.

Originally written as the final song for the band’s debut album (the cunningly-entitled The Entropy Illusion – Part I), the band found themselves unable to contain the track which seemingly took on a life of it’s own after creation. Consequently the band now presents Part II as a forty-six minute single track album; the Bandcamp version of the album sees the track chopped into six chapters for ease of digestion, though as a bonus the song is also included as a singular full-length piece so that fans can hear it as it was written and meant to be heard.

As you might imagine, this is incredibly complex and ambitious stuff, but Guardsman pull off something of a triumph in terms of performance, meaning that as a listener you are kept engaged at all times, even on the full-length version. The band twist and turn through a myriad of moods and styles, though names like Savatage and Symphony X never stray too far out of range if you’re looking for an overall pointer to the general theatre in which Guardsman operate.

Savatage are a particular touchstone mainly because of the excellent vocals of Steve Harwood (who also contributes impressive guitar work alongside Leo Garcia), who often brings to mind Zachary Stevens in his delivery and tone. That’s a big comparison to live with, but Harwood does so with aplomb throughout; his delivery on the epic Sunset Interlude/Visions is particularly impressive, but he doesn’t really put a foot wrong anywhere and really displays a world class vocal presence.

In fact, the rest of the band follow suit; this is an absolutely top-drawer performance from all concerned, with the rhythm section of Rob Harwood (drums) and bassist Carlos Valencia both contributing fully to the band’s fulsomely impressive sound. Epic and grandiose yet never bloated or dragging, The Entropy Illusion – Part II is the sound of a band really hitting their straps and ready to take on the World in the not too distant future. I will follow their progress with interest!

The Entropy Illusion – Part II is out now.