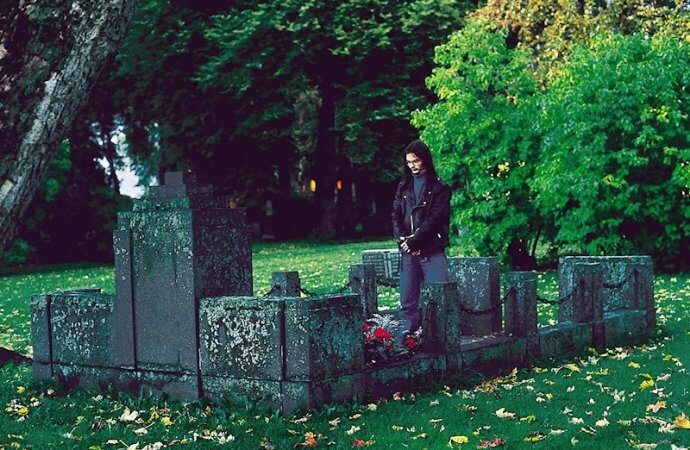 A long-lost classic re-emerges from the mists of time...

In the the far-off land of the nineties, there was no to avoid the ever present genius of Dan Swanö. Norway’s Godsend might not be the most familiar band he has cooperated with but surely not the least. From the many Scandinavian bands that arose during the that decade Godsend might not be the one which is most remembered but the overall quality of the band is definitely on par with any other release from Scandinavia during that era.

Godsend succeeded in combining doom with slight gothic and progressive touches. For some people the level of brilliance achieved on the band’s debut full-length, As The Shadows Fall, was never reached again. Presumably this is the first album where Dan Swanö used clean vocals and the very deep bass register is quite impressive and eerie without lacking the right amount of emotion. There are times that you can even detect small hints of eighties prog legends Marillion on this album although most songs are along the lines of doom metal as we are used to. Although there are definitely hints to the sound of other bands Godsend managed to succeed in creating a sound of their own. In this day and age the band would have surely received a more ecstatic response than they managed to garner back in the day.

Sadly the band was deemed not ‘extreme enough’ for the prevailing opinion at that time. It is time to re-asses our opinion of this amazing album that has stood the test of time flawlessly while many of its competitors are lost from the collective memory forever. The bonus disc featured with the deluxe double-cd edition of this album also includes the band’s 1992 Demo which is also remastered and sounds amazing. This is a must for fans of melodic doom from the nineties era, and the mercurial talent of Dan Swanö.

As The Shadows Fall re-releases on November 27th.