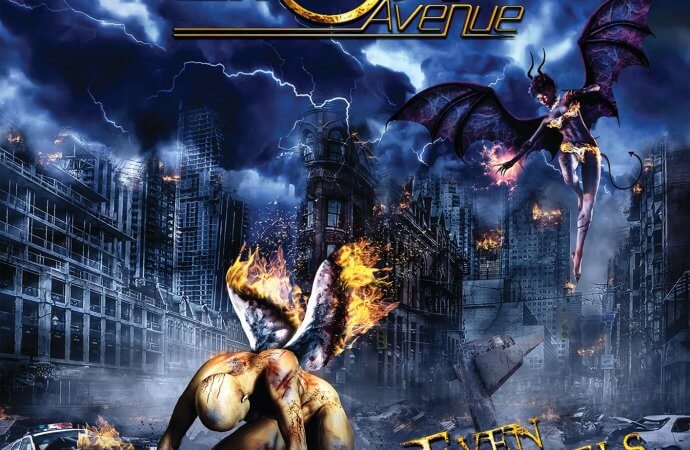 Nice return from these Norwegian traditionalists...

Norway’s Ghost Avenue are back with a new album, their fourth, in the shape of Even Angels Fail. And it’s very much business as usual for this high-energy quartet from Oslo.

The last album Sentinel Daily featured from the band, 2017’s Impact, was something of a flawed diamond of an album; whilst displaying enough to suggest a rosy future for the band, there were, to this reviewer’s mind at least, a few problems that needed ironing out if the band were to become true contenders.

And I’m glad to report that on EAF, those aspects I wasn’t too enamoured with have largely disappeared. In fact give or take some dodgy lyrics (I’m looking at you, Hero), Even Angels Fail is pretty much an improvement on every front.

The band have delivered a slightly heavier sound with this new record, putting them somewhere in the middle of fellow Scands Mean Streak and Syron Vanes. Guitarists André Berger and new addition Thomas Eljarbø come up with some killer riffs throughout – the first riff on opening track Best of the Best wouldn’t sound out of place on a Primal Fear album, for instance – high praise indeed if you ask me – whilst the Maidenesque section at the end of the afore-mentioned Hero, which is actually a pretty good song and features some great backing vocals from Berger, is a fantastic little cameo that both guitarists must have had a hoot recording (not to mention rhythm section Petter Lein (drums) and bassist Magnus Liseter, who get their McBrain and Harris part down to a tee, too).

Still Craving is a lovely piece of melodic hard rock, and features a nice vocal from the always-solid Kim Sandvik, whilst Northmen takes a stab at Grand Magus-style saga metal; taken together this is as enjoyable slab of trad metal as I’ve heard in a while, and deserves the ears of any fan of the genre.