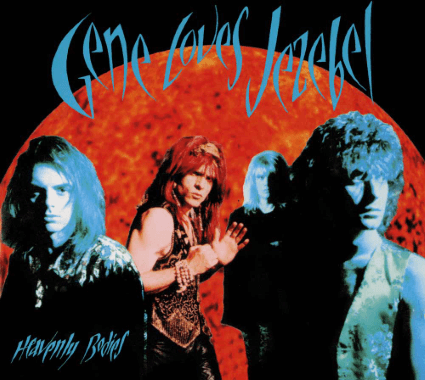 Paisley-shirted janglefest that might not be that relevant to today's kids but still has it's place...

Originally released on the Savage label in 1993, Heavenly Bodies was something of a swansong for UK goth sensations Gene Loves Jezebel.

Of course they’ve reformed, broken up again and sued one another countless times since then, but at the time it seemed as if Heavenly Bodies might well be the epitaph of Gene Loves Jezebel and it’s two prime movers, twins Michael and Jay Aston.

And as such it was probably seen as a bit of a damp squib. Listening now it’s hard to see it as anything other than a lukewarm rehashing of whatever was hot on US college radio at the time, fused with some nods to the greats of British post punk. Hence The Cult loom large (ironic, that, since GLB guitarist James Stevenson, who writes a great deal of the material on this album, ended up as The Cult’s touring guitarist) alongside names like The Alarm, Simple Minds and, bizarrely, James – the vocal similarities of Jay Aston and Tim Booth are uncanny at times.

Don’t get me wrong – post punkers and goths of a certain age will afford themselves a wry smile on hearing tracks like In a Lonely Place again – I certainly did- whilst the album’s one semblance of a hit, Josephina (seen here both in its original form and with an extended mix), has actually aged pretty well and would certainly get toes tapping in your local alt.rock disco were it to be released today. Add to this quality aural schmutter of the calibre of Sweet Sweet Rain and you have something that at least warrants the re-release it’s getting, even if contemporary sources might have rolled their eyes in disbelief on hearing the news that Gene Loves Jezebel would be as warmly received in 2017 (in some quarters at least) as they were in 1987. Nice to hear again, despite the slightly carping tone of my review…