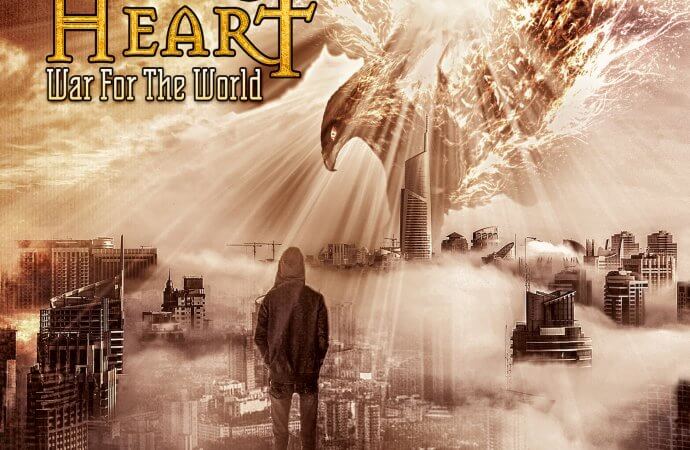 A glorious throwback to the halcyon days of American hard rock...

I’m very excited. Fierce Heart‘s only record, their self-titled 1985 debut, is one of my all-time melodic hard rock albums. The flipside of that fact, of course, is that it’s hard – nigh on impossible, surely – for anything new from the band to have the same sort of impact on this reviewers affections after thirty five years of blank-faced adoration.

Fair enough, there’s nothing here to match the titanic brilliance of Never Gonna Make Me Cry, the standout cut from that storied debut – but, once you’ve accepted that fact, the truth reveals itself pretty quickly – War For The World is in pretty much every other way the equal of it’s predecessor.

After an opening salvo from the peerless guitar maestro that is Rex Carroll, first track proper Built For Speed blows your speakers apart with it’s raw, unvarnished rock n’roll truth. This is prime US hard rock, from the long tradition that the States upholds of this kinda all-guns-blazing, sing-it-shout-it aural nirvana. It’s a perfect album opener (and Carroll supplies another superb solo as well as if everything else that’s great about the song wasn’t enough). The other important thing to note is that in vocalist Robert Reynolds the band has a new singer more than capable of matching the great Larry Elkins, the uber-throat behind Fierce Heart’s debut. If vocal names like Hagar and Meniketti get your juices flowing, you’ll find much to enjoy about Reynolds’ performances throughout the album.

This state of affairs is underlined when the band cover their own Out For Blood on this record; armed with a substantially beefier sound this time around, the come-and-have-a-go-if-you-think-yer-hard-enough nature of the lyrics is actually reinforced by the music, rather than undermined by a tinny drum machine… and need I mention that Carroll slots in another top-drawer solo?

Look, I’m not going to waste your time with a forensic comparison between 1985 and 2020… suffice to say that War For The World has everything you need if you’re an aficionado of AOR/melodic hard rock, from TKO-styled bruisers like Just Got Lucky or the anthemic Power to Rock to the more majestic and epic feel of the album’s best track, Rest My Bones, this record literally has it all. Break out the pastel-shaded dustcoats – it’s time to rock!

War For The World releases on September 28th.