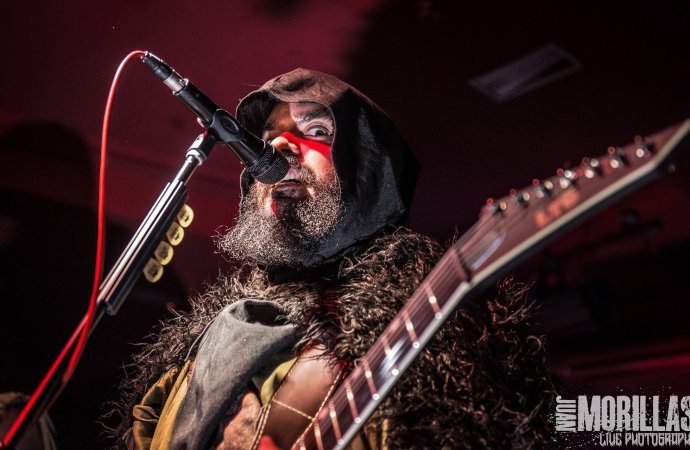 It's that time of the month again - time to follow Ferry Templeton down the rabbit hole into the world of underground metal!

Welcome to this month’s Crusade of Power! We’ve got a fair bit to get through this month so I’ll keep my dribbling short and get into the music! 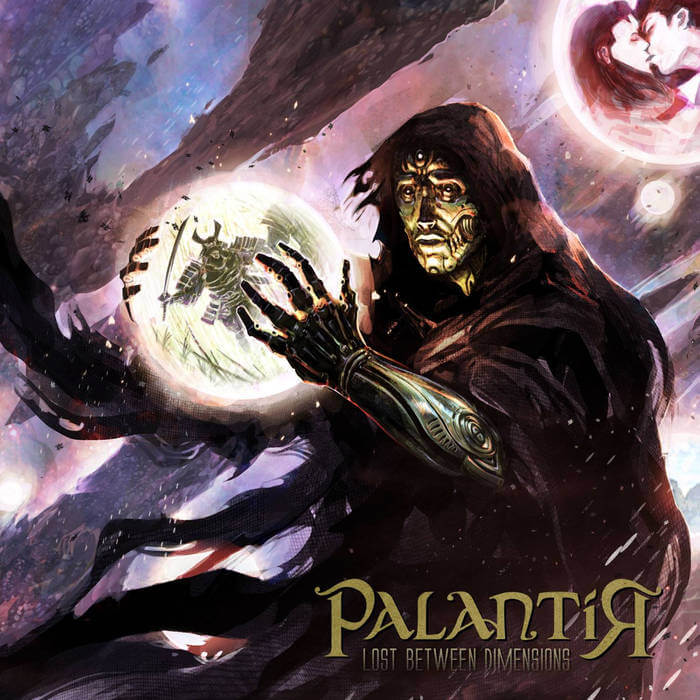 Kicking off proceedings this month we have Palantir, from Sweden. Purveyors of ‘interdimensional symphonic power metal’, this power trio from Stockholm certainly pack a punch, interdimensional or otherwise.

The band weave in a few proggy elements here and there, adding a Dream Theaterish dimension to some of the songs, but overall what we’re faced with here is a superb synthesis of names like Helloween (Keys era) and, erm, Helloween.

I’m joking, of course. Centre of My Life is quite superb and has a real classic Stratovarius vibe going on, and whilst many of the songs do bear the touch of a certain Kai Hansen, either in pumpkin or Gamma Ray form, that doesn’t detract from the sheer majesty of it all. A great start to this month’s crusade! 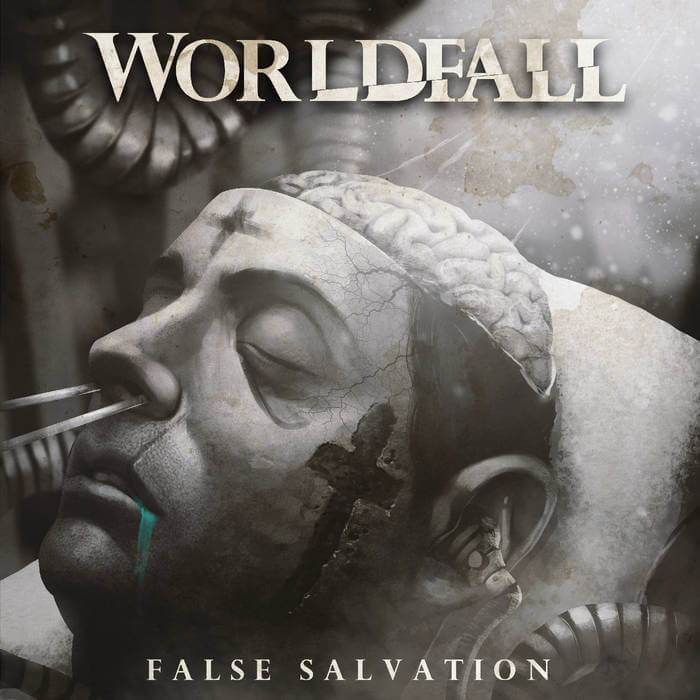 Floridian one-man project Worldfall will appeal to fans of new gods such as Sumerlands, whilst also doubtless jagging the ears of fans of classic metal from the eighties.

The brainchild of Carlos Cordoba, Worldfall’s False Salvation, which came out last month, is full of ear worm melodies and fine performances from the multi-instrumentalist, who called on producer Giovanni Angel to add some lead guitar embellishment.

You’ll get a whiff of Virgin Steele off of opening track Never Fade Away, especially in the cadence of Cordoba’s excellent voice, whilst second track Losing Control goes for the jugular without surrendering on melody or impact.
Fans of classic US power metal in all it’s guises will find something to enjoy on False Salvation! 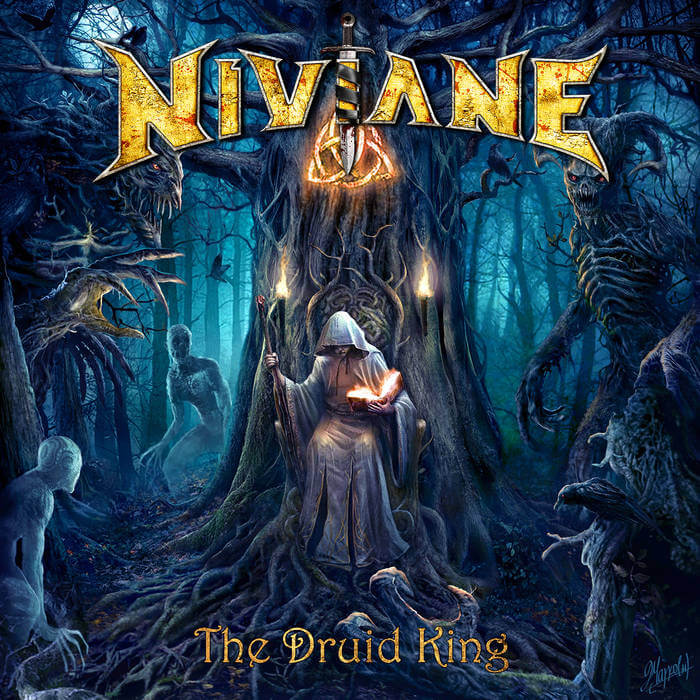 From the other side of the US -Sacramento, to be exact – come Niviane, the harbingers of what they like to call ‘A New Breed of American Power Metal’.

This turns out to sound like Rob Halford’s eponymous solo material, at least vocally, and of course that’s fine with us and I’m sure all our fellow Crusaders. Niviane’s new album, The Druid King isn’t out until November and we’ll cover it more fully when the time comes in Sentinel Daily, but for now we’re happy to give the album a little pre-exposure.

Hardened power metal devotees will recognise the vocals of Norman Skinner, who has been around the traps for a while and certainly has a formidable set of pipes, exposed fully on opener The Berserker, whilst guitarists Gary Tarplee and Mark Miner are no slouches either.

The music on The Druid King is as fulsome and satisfying as you’d expect from a man with Skinner’s pedigree, and fans of bands like Cage are going to get a lot out of this. 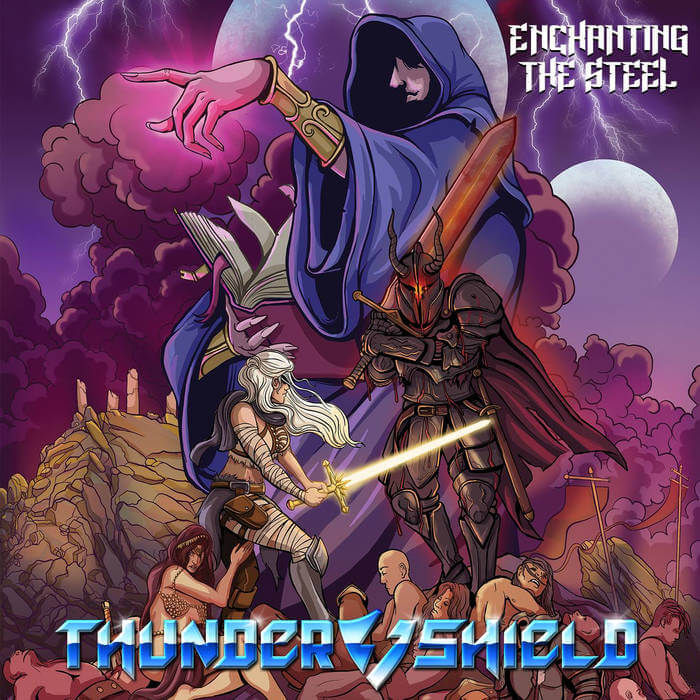 ‘The most ridiculous traditional power metal in Georgia’ is what Thundershield promise, and they do their best to deliver on that promise on their new EP, released last month, entitled Enchanting the Steel.

Ridiculous is a relative term, of course, and here you should take it to allude to over the top performances and full-blooded tributes to the glory of metal. Song titles like Punch the Sun let you know that tongues are never that far from cheeks here, but that doesn’t detract from the fact that the band all put marvellous performances in on each and every track.

Nevermore is the pick of the bunch on offer, featuring screaming vocals and galloping rhythms, whilst the acoustic intro to The Last Unicorn offers a bit of brief and nicely-played respite from the madness surrounding it. 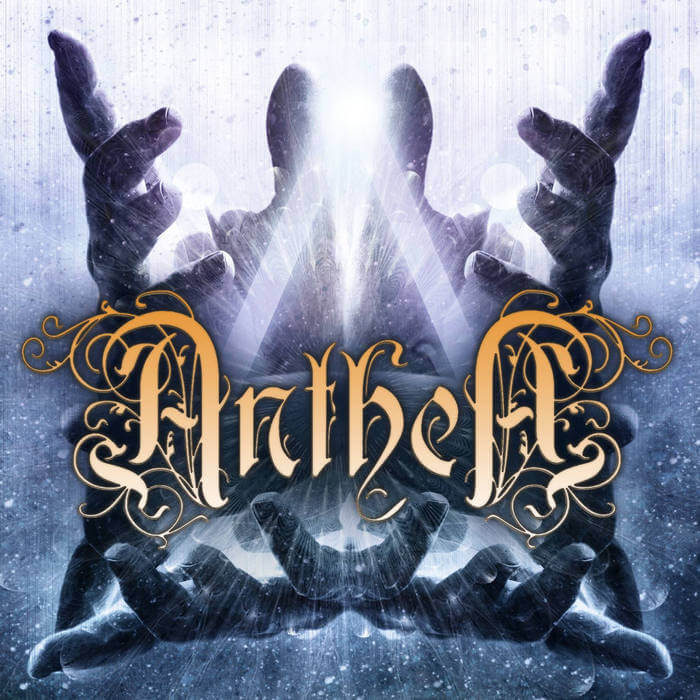 Staying in America and once more crossing from the East Coast to California, we come across Los Angeles denizens Anthea. The band purvey an exciting, fast-paced brand of symphonic metal, all duelling axes and keytars, and songs like Solaris, which opens up their new EP, are really exciting to listen to.

Superior backing vocals add a bit of pomp rock grandeur to proceedings, and Diego Valadez has a great voice that’s front and centre in the clear, powerful mix. The band aren’t afraid to heavy things up if they deem it necessary for the advancement of the song, meaning that The Anthea EP is a varied and satisfying listening experience. But it’s too short! 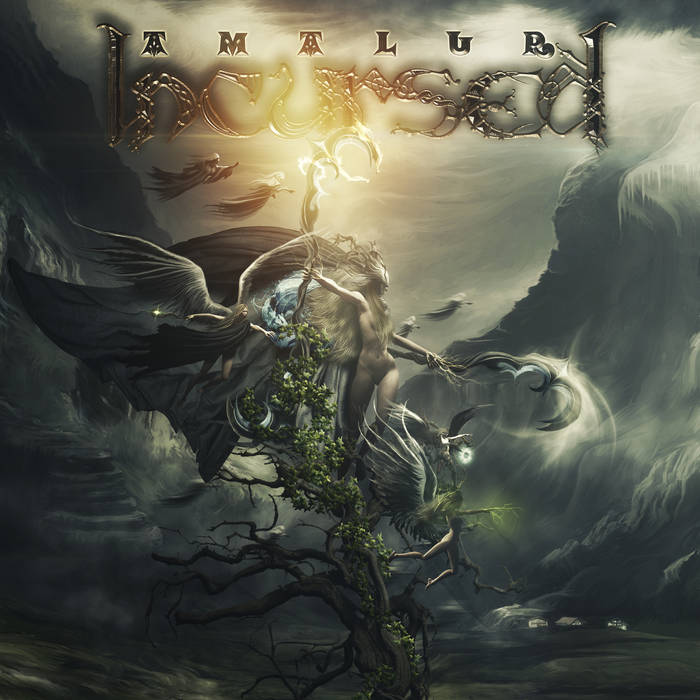 Basque Vikings! Bilbao’s Incursed have the folk/power metal interface working nicely on their just-released Amalur album. Death metal vocals swap in and out with their clean cousins with alacrity, keeping the listener interested as the album unfolds over a set of a dozen rollicking tales of the drunk and dead.

The band of course employ traditional regional instruments as part of their sound, though for the most part this is strident, double bass-drum driven metal with little added or taken away. Ibone Gomez adds some delightful female vocals to the balladic A Crownless King, which provides a little respite from the sturm und drang, although dyed in the wool fans of the Viking life probably don’t need such a thing as a rest…

Whatever, there’s much to appreciate here, even if it turns out that Spanish Vikings sound remarkably similar to German ones. And Dutch ones, and the Finns… 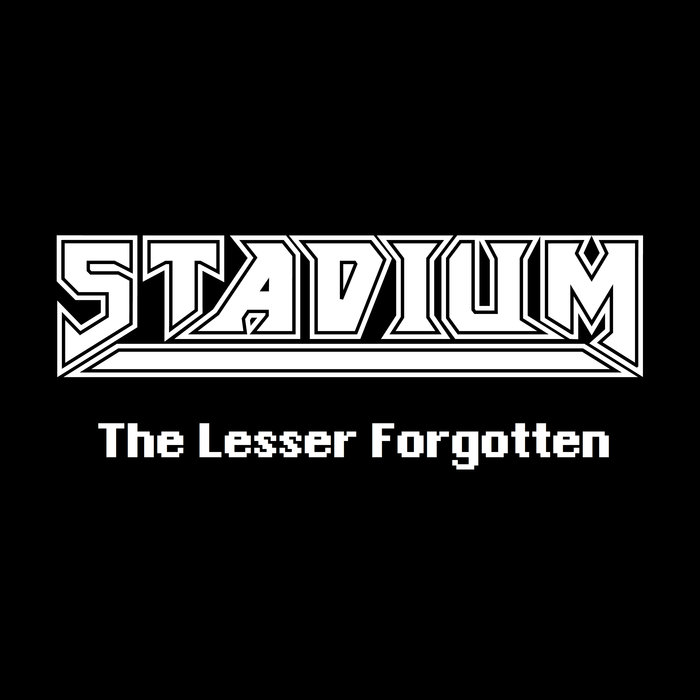 We close this month’s Crusade with a weird one… From Portland, Oregon, I give you… Stadium.

Another one-man project, Stadium propose to released their album episodically throughout the (Northern) Winter in order to chronologically retell – and I’m not making this up – the story of the 2007 College Football season.

It’s a ‘tales of future past’ type affair, with the notional stadium linking the action from 2007 to the future, and that’s all well and good, obviously. But it would all be a bit chortlesome were it not for the fact that the music on the two tracks thus far released by Steven Soderberg (for it is he who is Stadium) is quite, quite superb.

Programmed drums aside, the two tracks, Pageantry… The Lesser Forgotten and Apocryphail Mary, are both slabs of anthemic, catchy old school melodic metal with a timeless appeal that is absolutely sure to excite any metal fan that stumbles across it. The concept is mad as a cut snake, sure, but the music is undeniable, and it’s going to be interesting tuning in each time to see where they take this next – and for that reason Stadium is our release of the month!

That’s it for this month, Crusaders – I hope you’ve enjoyed some of what we’ve served up for you in this episode. See you next month!
Hail and Kill
Ferry