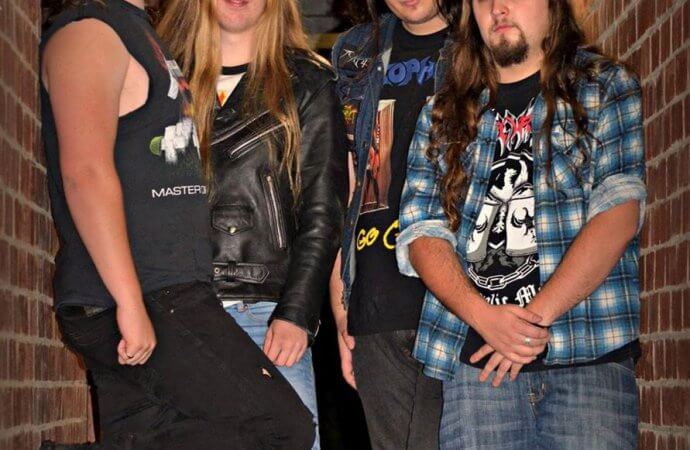 Ferrum Templor's Crusade of Power is back with a new edition featuring some of the best underground metal from around the globe...

Welcome back to the Crusade! Sentinel Daily bossman Scott Adams put out the SOS for content from his writers to help people through these difficult, virus-ridden times and, even though the Crusade has essentially been put into mothballs at the moment we were happy to heed the call! Here, then, are five bands we are happy to welcome to the Crusade of Power, five bands we think – no we know -regular Cusaders are going to love! 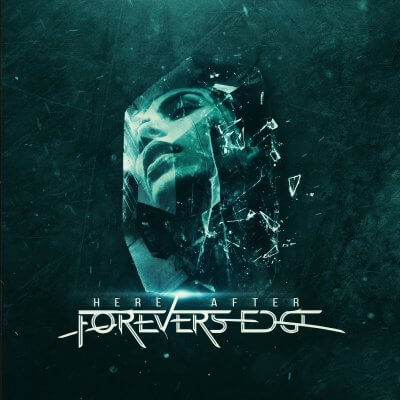 First up we head to New Jersey and the superbly measured prog/power metal of Forever’s Edge, who have a new album, HereAfter, out now. The band is built around lead guitarist Sal Pisano, but that doesn’t mean this is just an endless succession of flash axe workouts and little else. Pisano only plays what each song requires, leaving the field open for the rest of the band to show just how good they are all over the record… although he does let rip one particularly breathtaking lead on the albums’s standout cut Elysium!

Norwegian chanteuse Minniva Borresen adds some guest vocals, which gives the album a pleasing vocal versatility as her contributions perfectly counterpoint the more aggressive strains of Clay Barton, who combines a bit of death growling with his usual style, which is often redolent of Symphony X man Russell Allen. On Ashes and Embers they work particularly well together, aided by some fearsome drum battery from Samus Paulicelli and tasteful keyboard support from Josh Sid Robinson, who also contributes bass parts.

Indeed taste is a word that crops up often throughout new album HereAfter; this is supremely well-considered and put-together metal that discerning ears everywhere will find pleasing – dig in! 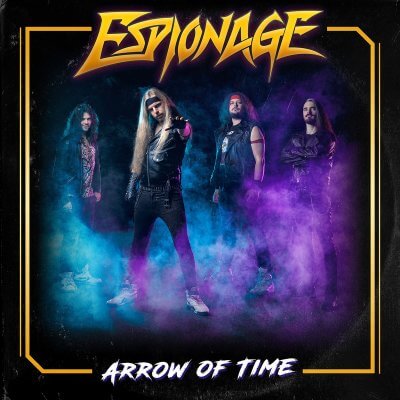 Like so many other bands at the current time, Melbourne power metallers Espionage have had to cancel their current tour plans for the forseeable future; and whilst this is of course unfortunate in the extreme for all concerned, the band has still put this two track single up for sale to try and recoup some lost coin. And it has to be said, the only disappointing thing about Arrow of Time is just that – it’s just two tracks in length!

We reviewed the band’s Digital Dystopia album here at the Crusade a couple of years ago, and I’m pleased to say that the band have come on exponentially since then. Arrow of Time reveals a band totally ready to take on the big boys of this genre, coming on like a heady mix of names like Striker and Riot V yet retaining enough of their own character to stand out as real contenders. The title track in particular is an absolute stormer, with vocalist Andrew ‘Frosty’ Morris delivering in spades and the dynamic guitar duo of Denis Sudzuka and Ale Richmond once again proving that they bow to no-one in the emerging guitar Gods field. Buy or die! 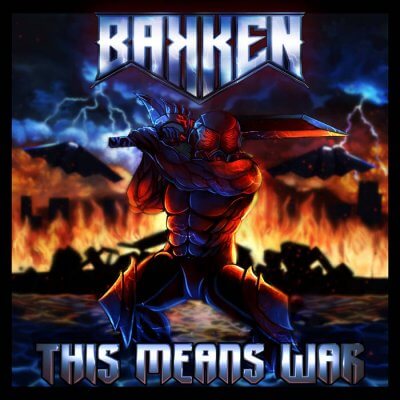 Next we head to Northern Ireland and the classic metal stylings of Bakken. Formed in 2011, these guys have just released their second full length album, This Means War. It’s an incredibly solid piece of work, presented well and with some top notch playing. There’s evidence of growth too, as newish vocalist Frank Levi has enough about him to lead the band away from the smothering Hetfield comparisons offered to the first album’s singer, Simon Pickett, who now remains as a guitarist and offers backup vocals.

Tracks like Cold Blooded Murder keep touch with the band’s thrash roots though, offering Bay Area flourishes to what is otherwise a very British sound. The balladic In Requiem, in particular, harks back to British metal’s 1979-1982 explosion; It’s an almost phorensic exhumation of Iron Maiden pre-Dickinson, but very well done and entirely listenable.

If there is any criticism it’s that some of the material is just a little samey, but that shouldn’t stop you from investigating Bakken if vintage metal sounds are what your ears crave. There is a lot of quality trad metal emerging from the UK at the moment, and these lads are certainly up there at the front of that particular pack. 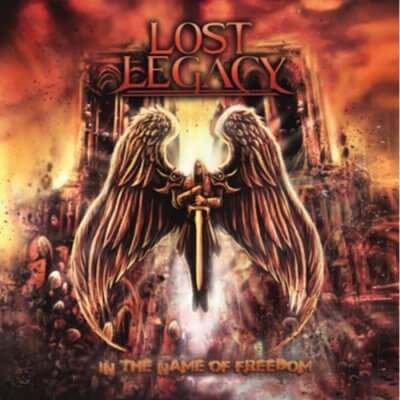 ‘Classic power metal with a modern edge’… So says the press release that accompanies the just-out new album from Bronx warriors Lost Legacy, and really that simple sentence completely sums them up! Led from the front by the excellent vocal assault of Dave Franco, the band don’t seek to break any new ground with new album In The Name Of Freedom; instead they prefer to deliver a sharply-honed, surgically precise brand of American power metal that’s at once very familiar yet simultaneously fresh and punchy.

Talking of punchy, Jorge Pulido and Scott Bennett have developed a pungent tone that’s right out of the Iced Earth playbook, all earthy chug and remorseless crunch, but it certainly hits the spot in no uncertain fashion. Second track on the album My Faith in particular serves to sum up what this band is about, but this is genuinely an album where the strength of songwriting means there are no ‘real’ standout cuts, rather Franco and co prefer to roll out stentorian metal blast after blast without any letup in quality. Front Line could have come from the first Fifth Angel album, such is it’s successful marriage of muscle and melody, and I really can’t think of higher praise than that! 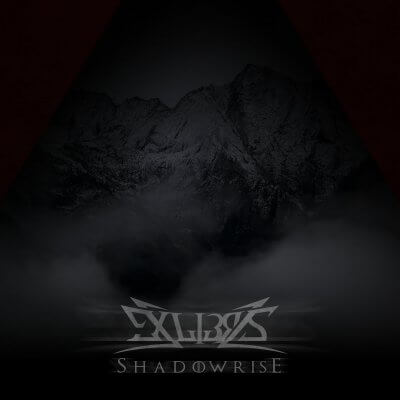 Strangely enough, we featured Poland’s Exlibris in that same Crusade as Espionage a couple of years back; Like their Aussie counterparts, this band is back, new and improved for 2020.

The first thing to note is the addition to the ranks of guitar hero Antti Wirman (who you will of course know through the likes of King Company, Children of Bodom and Warmen), who joins vocalist Riku Tuturnen as the second Finn in the band. Needless to say his augmentation of the band’s guitar arsenal is a key point to Exlibris’ success on new release Shadowrise, but that’s not to say that the rest of the band were a set of basket cases before his arrival. Once again the orchestrations of keyboardist Piotr Sikora are top notch, adding real class to coruscating rockers like Rule #1 and the title track. This is modern melodic metal with a decided classic rock bent; The aforementioned Rule #1 is a titanic soundclash, mashing up names like Uriah Heep and Pretty Maids with some decidedly twenty first century lead work from Wirman in a delerious stew where the final meal is more, so much more than the sum of it’s ingredients. A metal masterclass in fact!

At only six tracks in length and a tick over a half hour in duration, you’re left wanting more as the closing notes to Interstellar fade into the ether, but that’s the only drawback to Shadowrise that I can see. Release of the month!

There you have it – a pretty formidable bunch, I’m sure you’ll agree!

Til the next time,