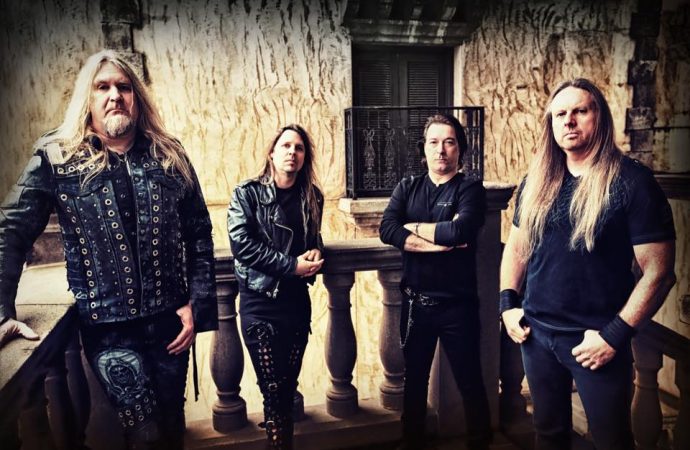 Down the heavy metal rabbit hole we dive again...

We’ve got a lot to get through this month so I’ll keep the waffle to a minimum – suffice to say, as ever, enjoy the tunes we’ve come up with, and please support the bands we feature by spending some of your hard-earned cash on their records if you like them! 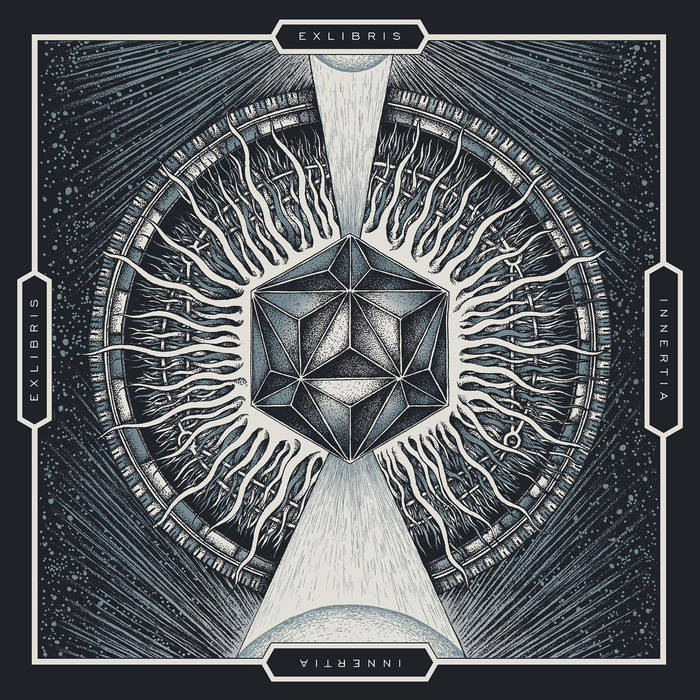 First up this month are Poles Exlibris, who have been releasing music for over a decade but I’m ashamed to say their new album, Innertia, is my first contact with them. If their old records are even half as good as the material I’ve heard from the new one I’m in for a bit of a treat catching up.

Recent vocal acquisition Riku Turunen – you may know him better as Ricky Tournee from names like Force Majeure – is the ace in the hole here; His vocals on Incarnate are simply stunning, veering from Tobi Sammet to David Coverdale and giving a classy sheen to the sturdy heavy metal provided by his instrumental compadres. This will be pure nirvana for Euro metal fans everywhere. 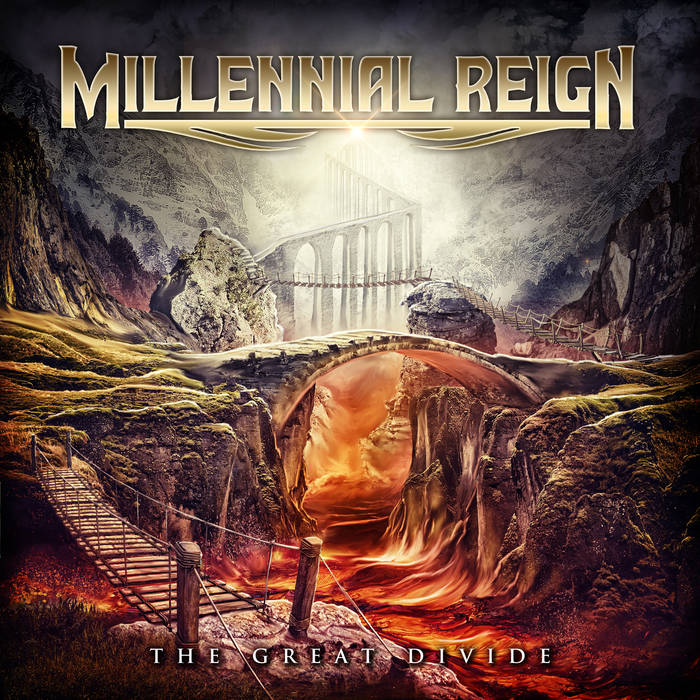 American Christian metallers Millennial Reign are returning in 2018 with a fabulous new full-length, entitled The Great Divide. Fans of their debut self-titled platter and 2015’s Carry the Fire will be pleased to learn that it’s pretty much business as usual for the ‘Reign, with the added bonus that this album is better than both of those releases whilst holding firm to the basic Millennial Reign tenets. Swirling, melodic keyboards underpin the marvellous guitars of Dave Harvey, whilst new vocalist Travis Wills puts in a man of the match performance with some earth-shattering pipework.

Coming on like an, erm, heavenly mix of former TNT alumnus Tony Harnell and Tyketto frontman Danny Vaughan, Wills is one of the best unsung metal vocalists I’ve heard in a while, and it’s a tribute to the strength of the material on show here that the man doesn’t simply dwarf every song. Whilst we try and be positive here at the Crusade – we’re trying to bring you the best metal every month, after all – I struggled for ages to find a weak point in The Great Divide, and failed. Album of the month and then some! 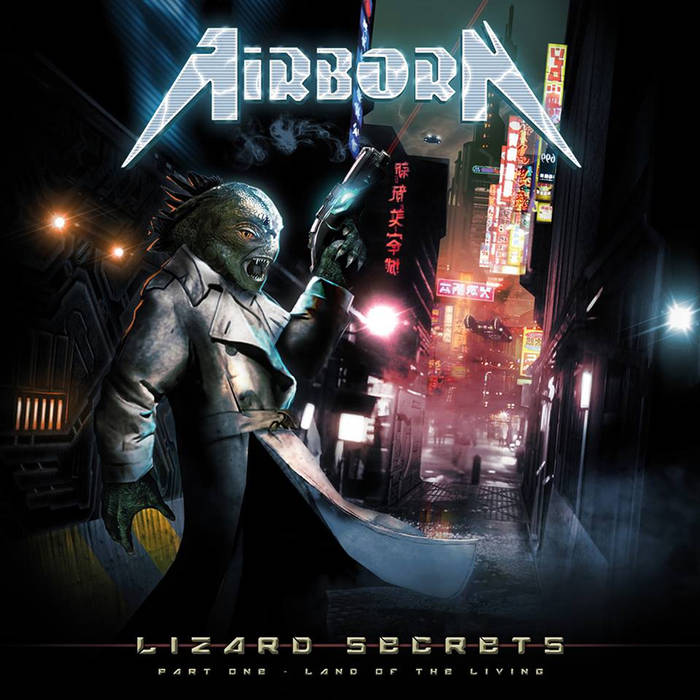 Italians Airborn sell themselves as being heavy metal for fans of Gamma Ray, Running Wild, Iron Savior, Judas Priest and Helloween, and whilst this is true I feel it’s selling the band short a little.

I’ve been living with their new album, Lizard Secrets, for a while now, and it’s an insidious little bugger I can tell you!

Despite a slightly tinny, over-processed drum sound this is quality heavy metal that fully stands on its own two feet without having to live in the shadows of the bigger bands just mentioned. Airborn practice a sort of ‘kitchen sink’ approach to heavy metal that, whilst being gloriously over the top, never sounds messy of contrived. Just how we like it in fact.

Who We Are is a great anthem and, yes, it does sound a little bit like Helloween but which top draw Euro power metal band doesn’t add a pinch of pumpkin magic to their sound when the chips are down? The title track is a brilliant song, really energised and with a magnificent singalong chorus that’ll light up the Euro festival circuit I’m sure.

Have a listen – If it’s old school power you’re after, you’ll love it. 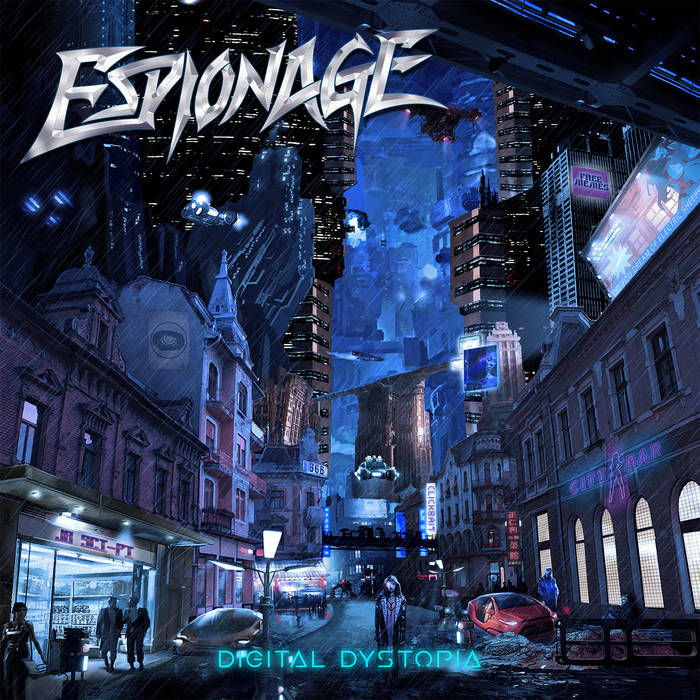 Australians Espionage are perhaps the most traditionally Crusade-worthy band we feature this month, and their brand of honest-to-goodness heads down power metal is as ‘trad’ as it comes.

Luckily, they are bloody good at what they do; tracks like Enter the Arena and Nightmare Approaches from their just-released new album Digital Dystopia fire on all cylinders from the get go in the hallowed manner of compatriots Pegazus and Lord; this is thunderous, pounding but always melodic metal straight out of the top drawer.

Vocalist (and bass player) Andrew Morris stays the right side of histrionic throughout, providing a measured vocal that never goes beyond what’s necessary for the song, and the guitars of Denis Sudzuka and Matt Carroll are already shaping up to be an axe partnership to be reckoned with.

There’s a lot of good bands in Australia purveying this style of music, and Digital Dystopia has established Espionage comfortably in that country’s top division. Feast your ears! 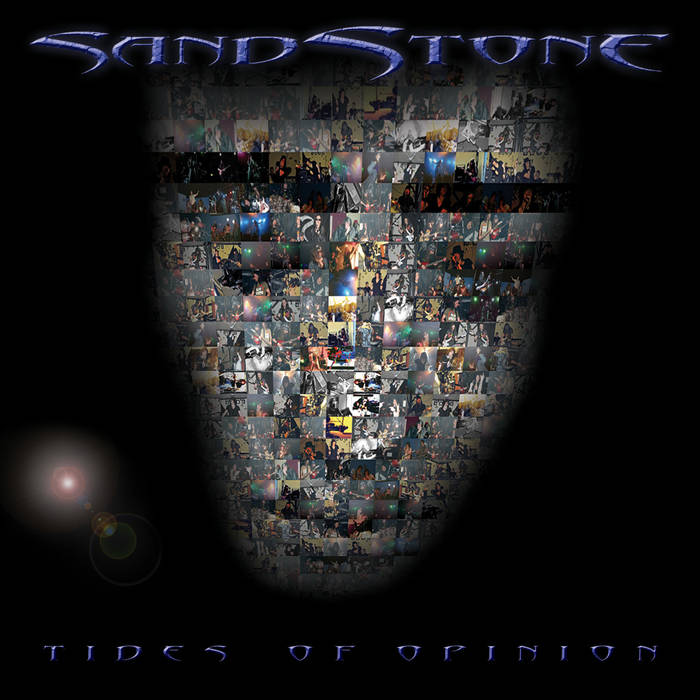 Northern Irish operatives Sandstone have remixed and expanded their 2006 album, Tides of Opinion – buy it now and you’ll get three previously unreleased tracks!

Despite being over a decade old the tracks on Tides of Opinion have a nice zing to them, with the restrained yet passionate vocals of Sean McBay on tracks like opener America being a particularly pleasant surprise.

The band has an ear for the dramatic, and all the songs on this long-recorded debut are well-constructed and very well played. It’s probably not as heavy as many devout Crusaders might like, but there’s enough bona fide heavy metal action on offer here to keep most but the most stern-faced metallians occupied for a while. Worth a punt! 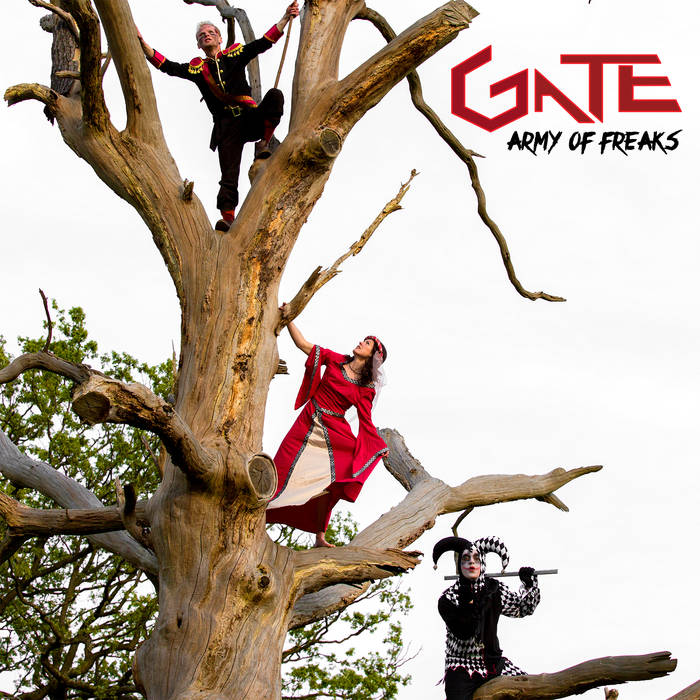 Complete change of pace alert! Gate are a Czech-British concern based in London who purvey a laid back, stonerish brand of heavy rock based around the voice and guitar of Jakub Drahonsky. They’ve just released a new five track EP entitled Army of Freaks.

The rock solid rhythm section of Ryan Price on drums and Lenka Wiedonoval (a highly impressive bassist) provides the basis for Drahonsky to weave interesting tales like The Arsonist or this EP’s standout title track. He keeps the riffs simple yet effective, often dropping out entirely and allowing Wiedonoval to take up the slack, which she does with alacrity.

Within an ostensibly simple framework the band cover a lot of ground over the course of the EP, never once falling into default settings, always keeping the listener on his or her toes. This is progressive music in the best sense of the term, and if it’s not as metal as the other bands featured this month Gate are still very much worthy of investigation.

Something for everyone this month I think, but a lot of very high quality heavy metal whatever the genre! Until next month…