Evanescence: Rumours In The Air… 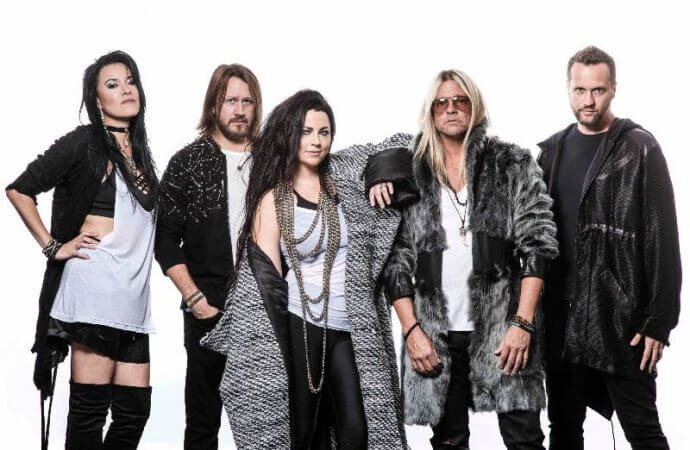 Platinum-shod goth rockers Evanescence, led by the inimitable Amy Lee, are back in the saddle with a superb cover of Fleetwood Mac‘s classic album track, The Chain!

The Chain is the first release in what is expected to be a very active period for Evanescence. Following their critically acclaimed foray into symphonic music with 2017’s Synthesis album and world tour, the five-piece has reemerged by embracing a heavier sound, albeit with their trademark style that has made Evanescence integral in establishing a global, critical mass in rock, and among the most unique artists of the millennium. The band is currently working on new original music, which will start rolling out in 2020 in advance of their next studio album. Stay tuned for more details to come.

“This cover was so fun to make. We love Fleetwood Mac and wanted to paint a dark and epic picture with our take on The Chain” says Lee. “The lyrics make me feel the power of standing together against great forces trying to pull us apart, perhaps even from the inside. I really wanted to drive that home in our version, and even made everyone in the band sing by the end of it! We’re beyond excited to share this with our fans and I’m really looking forward to playing it live.”

At the end of the month, Evanescence will be heading to Mexico City to play Knotfest, followed by an appearance at Download Festival in Tokyo on March 29, 2020. After a short break, the group will be heading out on a massive co-headline tour of Europe and the U.K. with Within Temptation. The new batch of dates kicks off on April 4 in Brussels, Belgium and concludes in Birmingham, U.K. on May 1. Evanescence will also return to the U.S. shortly thereafter for a headline show at The Fillmore in Minneapolis, MN on May 14.