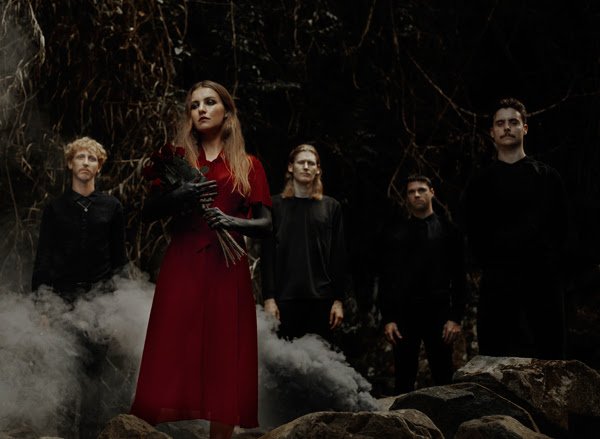 Stark beauty from the Gold Coast...

Australian post-metal group Empress have recently revealed the music video for Void Shaped Void, a new song off their forthcoming second album Wait ‘til Night, which is set for release on November 20th via the always-excellent Brilliant Emperor Records.

Recorded by Liam Kriz at Ravager Sound and mixed by M. Deslandes, Wait ‘til Night sees the band once again blurring the lines of such diverse musical genres as shoegaze, post-rock and metal to craft a singular and emotional sound that defies easy categorisation. More refined and mature than before, Empress is a clash of emotional and musical contradictions, soft and harsh, calm and hysterical.

The Gold Coast group first introduced themselves to the Brisbane dark and alternative music scene in 2017 with a six-track self-titled LP. The product of a complete year of writing and recording, the LP was an emotional collection of songs that possessed an extraordinary ability to pull the senses of listeners and drag them to their immersive and dark world.

The album allowed them to play locally and throughout the East Coast, opening up for such diverse artists as Youth Code, Church of Misery, The Body and Cult Leader among others.
Now in 2020, Empress are ready to release their second album titled Wait ‘Til Night, an eight-track album that once again defies easy categorisation.

Sentinel Daily‘s own post-pub music expert Michael Stronge has been listening to the band’s new album recently, which he describes thusly: “A strange, beautiful beast of a record that veers wildly stylistically without the listener ever getting the idea that the band are letting things slip out of control; power surges, moods rise, fall and then rise again, sometimes all in the course of the same song… if you like the idea of Mazzy Star jamming with Neurosis then these guys might be just what you’ve been looking for”…