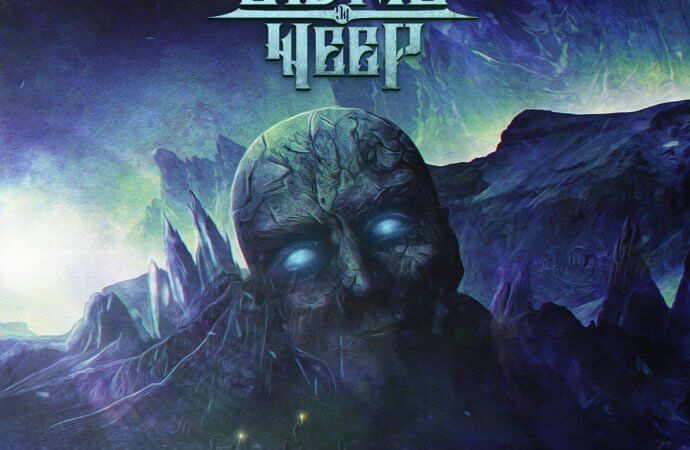 Impressive stuff from these veteran Poles...

Poles Divine Weep originated twenty five years ago as a black metal outfit; A quarter of a century later they do retain the odd flash of icy harshness in their sound, but prefer for the most part to employ a sort of power/thrash/trad metal hybrid which for the majority of the album is a simple yet effective plan.

At their best, as on the histrionic The Screaming Skull of Vengeance, you could see these veterans busting out and impressive audiences on a much wider scale than they currently enjoy. Opening with a riff that could only fairly be described as ‘Slayeresque’, the track rattles along on the back of a fine performance from impressive vocalist Mateusz Drzewicz, ably supported by the scything axes of Bartosz Kosacki and Dariusz Moroz. Drzewicz employs three or four different vocal styles in this song alone, ranging from gutteral death grunts to the sort of screams Ralf Scheepers or Ripper Owens would be proud to call their own. He’s a versatile chap, and his prowess gives the band the edge time and again on this album. It’s on this song that the band’s black metal roots shine the brightest, and it’s closing section is one of the best pieces of metal songwriting I’ve heard all year.

Opening track Cold As Metal is pretty impressive too, as is the album’s ‘epic’, Walking (Through The Debris of Nations). Here the band fuse more traditional metal tropes together to produce a set piece track heavily redolent of Iron Maiden and Fates Warning in their earliest pomp. It’s impressively accomplished stuff, with Kosacki and Moroz providing some particularly pleasing duel leads.

All in all then a pretty accomplished effort from an act you may not have heard of before. Well worth a listen, or indeed some of your hard-earned cash. Enjoy!

The Omega Man is out now.