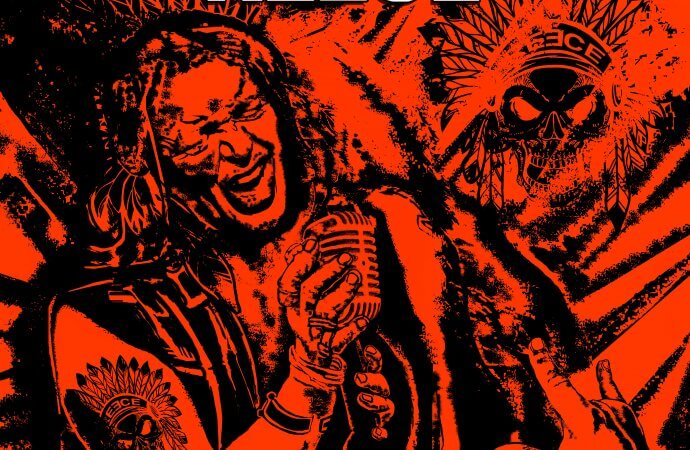 Top quality from start to finish...

Former Accept/Bangalore Choir/Bonfire throat David Reece has carved something of a foothold for himself in the Euro metal market over the last few years, and you’d have to say that his new full-length, Cacophony of Souls, is going to do absolutely nothing to harm that standing.

With the (not inconsiderable) riff aid of former U.D.O. man Andy Susemihl driving him on, Reece has created an admirable three quarters of an hour of divertingly melodic heavy metal on Cacophony of Souls. From the heavy metal attack of opener Chasing The Shadows, which fuses the piss and vinegar of early Skid Row to a superior, mature melodic sensibility, through to the melodic splendour of tracks like Back in the Days and the superb title track, Reece would appear to have all bases covered here, and then some…

Quite frankly, I haven’t heard the man sound this good since his major label heyday at the end of the eighties; his delivery on A Perfect World, for instance, an insistent, dramatic rocker, is absolutely out of the top draw; stretching from a semi-spoken croon during the verses to a strident, glorious tumescence on the chorus, Reece proves just what a fine voice he has on this track.

As noted, Susemihl is no slouch, either, riffing and soloing like a demon throughout, whilst the beautifully clear, uncluttered production adds punch and drive to those axes whilst never shutting out the valuable contributions from bassist Malte Frederik Burkert and bassist Andrea Gianangeli.

Penultimate track Bleed is a nice slice of hard rocking AOR in the Dirty White Boy vein, whilst Blood on our Hands gives it some bollocks like something off of an old Halford album; like I said, all metal life is here, and it’s all performed with the sort of zest and verve you’d expect from a band a fraction of the age of the Reece collective. I guess quality will always out.

Indeed ‘quality’ is the word that keeps coming to mind for the duration of Cacophony of Souls; this is the work of a set of professionals all comfortable with who they are, and what they are capable of, and delivering that in spades. And the result of that is an absolutely enthralling experience for the listener. Thanks guys!

Cacophony of Souls is out on March 13th.