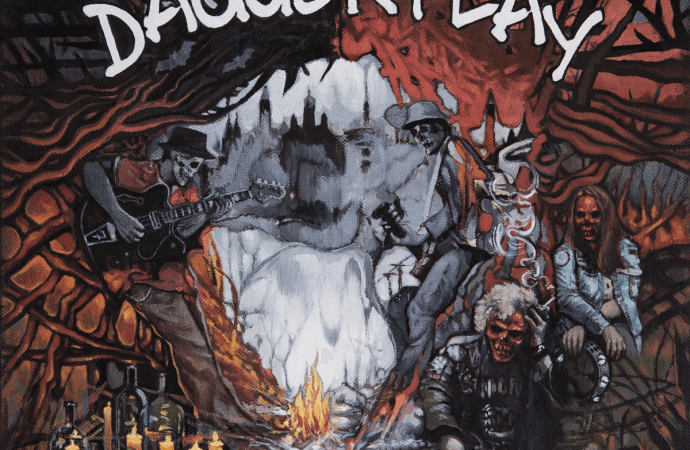 Finns Daggerplay are an interesting bunch. Live, they are all ragged glory, slow slung and sloppy, rock n’roll as you like. In the studio they scrub up nice an’ shiny, with less dirt under the fingernails but with that attitude still shining through. Tracks like the poppy/new wavy Days Like These would have been absolutely massive in 1981, sounding a bit like a cross between Aussie rockers The Models and Hanoi Rocks, whilst more straightahead rockers like Four Walls still retain that Hanoi swagger (especially in the vocal department – singer/guitarist Pekko Mantzin has a real Michael Monroe twang about him at times) whilst also adding a real brit punk feel to the overall sound.

Like fellow shabby Scands The Diamond Dogs, Daggerplay seem to have a bit of a love affair with Britain going on, with songs entitled Kilburn High Road and NW2 both seemingly paying tribute to grimy North London locales. The former might well have been cooked up by the Pogues in the early eighties, such is its authentic punk-folk rabble rousing nature; the latter gives nothing away in authenticity, rattling along in thunderous sub-rockabilly style.

If there is one criticism it’s that the album feels a little disjointed, with the first part of the album sounding quite glossy, going through it’s Hanoi phase in the middle before going full punk later on. The songs sound almost as if they were written without regard to ending up on the same album, like three or four Eps bolted together, but it doesn’t really spoil the listening experience overmuch. There are enough good tracks here to keep everybody happy.

If you love old fashioned punk rock n’roll like it used to be played in the late seventies and early eighties – by which I mean anything from Chelsea to the Hollywood Brats – I strongly advice you to check this album out. You’ll love every single snot-filled second, believe me.