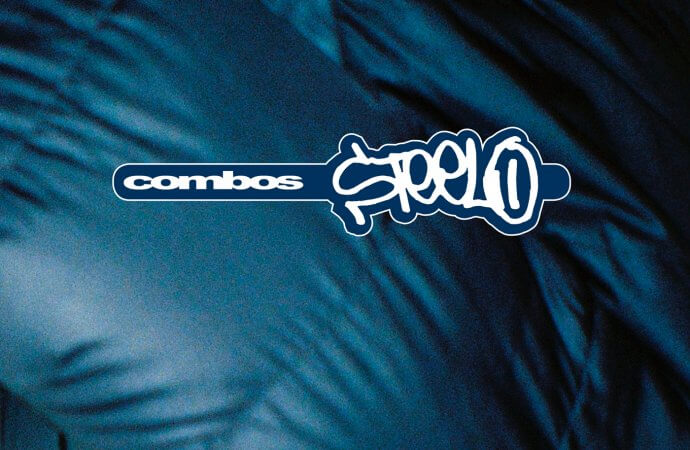 The unalloyed joy of nostalgia. It’s a very strong impulse in us humans, this remembrance of times passed… And if that’s not always a good thing, in many situations, you’d have to say there’s absolutely nothing wrong with it when presented in the musical stylez of Norwegian, um, combo Combos…

Put simply, they’ve collected up all the memories from the back of your mind of the years 1986-1998 (the punk memories, anyway) and chucked them in a blender. The resultant punk rock smoothie, Steelo, is a delicious mashup up of the result.

Mad Beef is like an angry version of Shelter, Boom Shakalaka will have you up in the loft looking for your old Dog Eat Dog basketball vests… you get the picture. The amazing thing – and this’ll make you feel really old if you was around this scene at the time – is that none of these blokes even look like they were born when this kinda musical schtick was enjoying it’s heyday way back when!

But whatever their ages, they’ve got this stuff down pat and then some. Nerdz adds a rap edge to the simplistic hardcore battery, and again you find transported to a Euro festival field sometime in 1997 – these boys really do have a knack for tapping the vein marked in medical dictionaries as ‘evocative’.

Best track Make Money Take Money is an astonishingly accomplished piece of music, fusing hip hop lyricism to droning, blackgaze guitars in a way that shouldn’t work but which absolutely does, again harking back to the later days of New York hardcore’s glory period, and establishing a pleasing precedent for latching on to seemingly impossible musical syntheses with practised ease.

Even straightforward thrashers like All About Wex are imbued with an otherworldly superiority, making this an absolutely essential purchase if you like a bit of supercharged old school in your musical diet every now and then.

Steelo is out on May 8th.