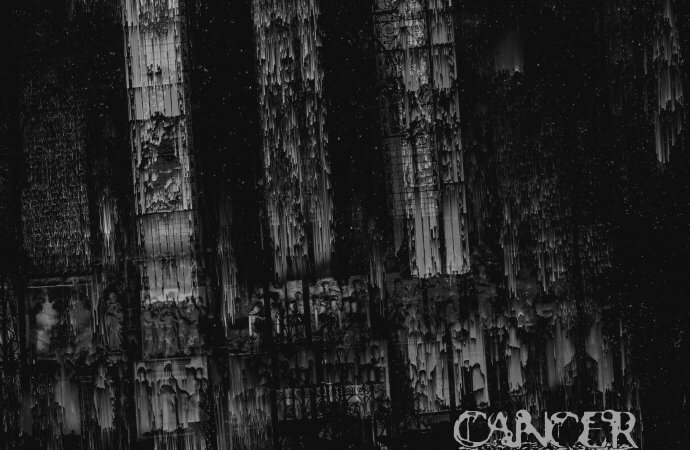 Western Australian black metallists Cancer are proud to announce their return with their the 2nd full length album Opioid, bringing with them a new line up and new outlook on the definition of depressive black metal. The forthcoming record is the follow-up to the band’s 2016 debut EP Terminal and 2018 full length Into The Heartless Silence. It is set to be released 14 August, 2020 on all available streaming services and through Bandcamp for digital or physical digipak CD purchase.

The album marks the band’s first self-mixed, self-mastered and self-released title; having chosen to part ways from producers and their previous record label Throats Productions, and take full control over the record to better serve the loyal fanbase they have accumulated since the band’s inception.

Opioid was written and recorded by Cancer in late 2019, after its members, who collectively were a part of former Australian black metal outfit Deadspace, toured Europe in March 2019 supporting Psychonaut 4 and Vanhelga. In August 2019, Deadspace then released another album called The Grand Disillusionment. Following the Deadspace tour and album release, Cancer members, John Pescod (vocals and production), Dan Jackson (guitars, bass and arrangements) and Chris Gebauer (drums), mutually agreed to take different paths musically. John and Dan continued with Cancer and writing Opioid as a two-piece, while Chris as founder of Deadspace released a final album separately before disbanding the group to focus on separate musical endeavours.

Now a two-piece line up with new dynamics, Opioid represents a sonic and thematic shift in Cancer’s take on depressive black metal compared to the atmospheric self-loathing of Terminal and lo-fi visceral nature of Into The Heartless Silence.

Sonically, the shift takes inspiration from pre-‘loudness war’ musical production of the seventies and eighties, as well as soundscapes from various musical influences. Such influences include: second wave black metal bands with atmospheric, progressive and DSBM elements such as Emperor, Dissection, Enslaved and Silencer; mid-nineties Swedish melodic death metal such as At The Gates, and an array of twenty first century metal and post rock outfits that John and Dan admire.

Thematically, Opioid is an eight-track concept record based on 19th Century English Essayist, and pioneer of addiction literature, Thomas De Quincey. Tracks one and two, The Eater and The Dreamer, briefly capture his life in the Victorian era of England, his reasons for living embodied in addiction, and foreshadow the dreams created through addiction that haunted his life consciously and subconsciously. Tracks three to eight form a six-part piece titled The Depths; each part detailing one of those many vivid dreams he became burdened with till death.

Few self-mixed, self-mastered and self-released black metal titles offer this combination of production, musical influences and themes. Cancer is proud to offer this release to you, and looks forward to hearing your reception and what may follow.