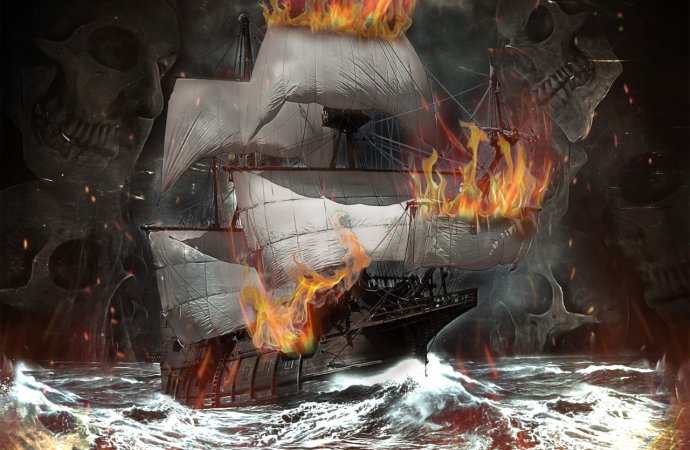 More of the same... but better.

If Burnt Out Wreck’s first album – the mighty Swallow – was the sound of a band doing it’s accelerated growing up in public, then it’s follow up, This Is Hell, is undoubtedly the sound of the band now successfully cut loose from adolescent apron strings and hurtling headlong into snot-nosed, quarrelsome young adulthood. There’s a cocky self-assuredness to much of the material here that suggests this band – and BOW is very much a band now, as opposed to being the solo baby of former Heavy Pettin’ songsmith Gary Moat – has spent the last two-and-a bit years profitably, honing the sound so that This Is Hell, whilst demonstrably still Burnt Out Wreck – takes the band’s initial raison d’etre and gives it a good shaking, forging something eminently more powerful in it’s stead in the process.

So of course, the spectre of AC/DC looms large throughout; Or perhaps, more pertinently, the spectre of Bon Scott-era AC/DC as imagined by mid-eighties Krokus looms large. But, as Moat becomes more comfortable in the skin he’s made for himself within this band, so the sound expands, filling out to allow the band to explore more areas of the classic rock map. The playful Paddywhack, for instance, adds elements of Slade in their hardest rocking guise to the mix, with spectacular results. And if opener Dead Or Alive still finds the band experimenting solidly within the parameters of the Powerage template then that solidity of purpose merely serves to highlight just how much progress is being made elsewhere.

Moat’s sandpaper howl is in fine order throughout; switching from a lascivious croak to a war-drum bellow, often in the course of the same song; you’re never left in doubt as to the fact that this is the sort of music this man was born to make. Standout cut Positive shows our hero in his best light, cranking out the wounded howl in time-honoured fashion against a backdrop of stomping yet slinky stentorian guitar heft. Truly this is how classic rock should sound in 2019.

Elsewhere the anthemic Rock Hard Sticky Sweet is just that, a Stonesy romp just made for drunken singalongs down your local rock club, whilst the superbly gritty Just A Dog would give prime time Nazareth a run for it’s money should the technology eventually be developed to allow time-travelling celebrity death matches to take place.

I could go on, but I think I’ll leave it there, because ultimately it’s not important what I think of Burnt Out Wreck; this is a band that operates consistently on a level that hits the vitals rather than relying on namby pamby interlocutors like me to get the message across. All you need to know is that you need this record, and you need it played at ear splitting volume as often as is humanly possible. That’s when you feel it, and when it all starts to make sense.

This Is Hell is out on October 11th.