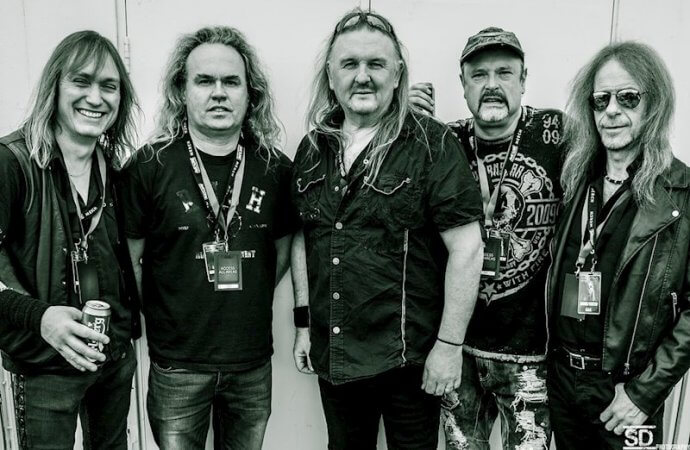 Burnt Out Wreck, featuring ex Heavy Pettin drummer Gary Moat on vocals, have released their lyric video for Flames, a track taken from their debut album Swallow which was released last year. Watch the video below!

Sentinel Daily‘s own Gavin Strickmann said of the album in his review last year: “If you love hard rock as it used to be played, with well-written tunes and top-drawer playing and production then you’ll quite probably not hear better than Swallow for some little while to come. Get involved!”

You can also hear Flames and other tracks from the album on rotation on Sentinel Daily Radio! Click HERE to listen, twenty four hours a day, seven days a week FREE.

The band has also announced their upcoming shows & festivals for 2018 kicking off with support slots to Anvil, more shows are to be confirmed.