Blade Cisco – Edge Of The Blade (Art Of Melody) 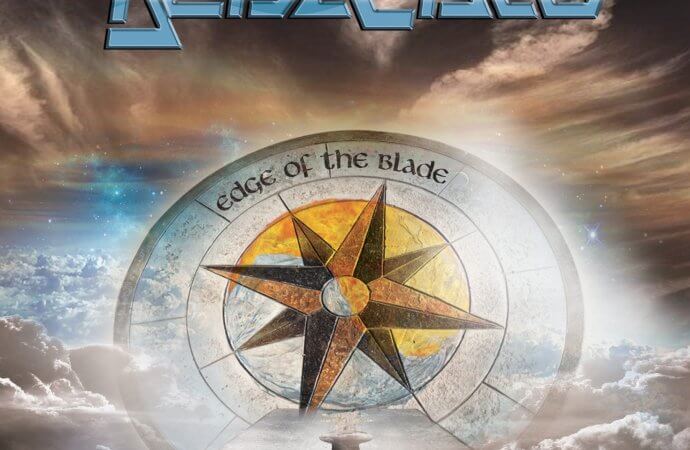 Italian act Blade Cisco (the Italian version of their name reads as ‘The Cisco Blades’ which I much prefer) are well known in their home region of Reggiana as a classic rock covers band; however for The Edge of the Blade they’ve opted to run out an album full of their own material, and very nice it is too.

Keyboarder Andrea Zanini also sings most of the songs, and his easy-on-the-ear vocal style will bring a smile to the face of anyone who likes the sort of soft-rock inflected AOR purveyed at the start of the century by Frontiers acts like Street Talk. Second track Anything (Without Your Music) finds him in full flow, giving an impassioned vocal backed up by a nice solo from (I think) Daniele Carra, whilst the title track also has a lot going for it.

The dramatic intro to Foolin’ Myself will have fans of names like Survivor and Shooting Star drooling in nostalgic reverie, and it’s this sort of material that finds the band really firing on all six.

The band is perhaps just a little too laid back overall to punch real holes in the general public’s consciousness, but they are to a man excellent at what they do and there’s definitely a niche audience ready and waiting to be conquered by tracks such as those already mentioned or the superb, keyboard driven AOR of Hungry For Love, which, despite bringing to mind Michael Sembello‘s Maniac at the start is actually more in line with something Tyketto might have come up with in their pomp – high grade stuff indeed. A few more rockers like this and the band could well be in bigger business than they currently are, but whatever they decide to do they can be proud with what they’ve come up with on The Edge of the Blade. Well worth a listen!

The Edge of the Blade is out now.