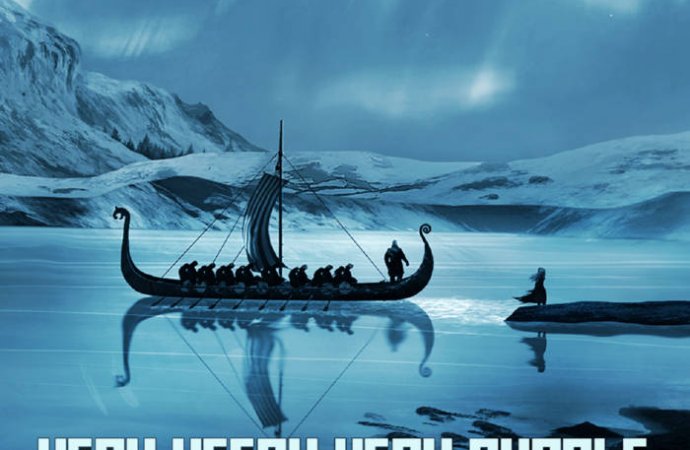 Prolific Israeli axeman Avi Rosenfeld returns to your ears in May 2019 with three album releases. That’s right – three. In one month. Two of them form volumes nine and ten of the man’s ongoing Very Heepy Very Purple series, whilst the other, Into The Air (which is the man’s forty second solo album!) features a hodgepodge of styles, some of which will not find favour at all with the Sentinel Daily constituency.

So let’s concentrate on one of these releases – Very Heepy Very Humble IX. As usual, Rosenfeld has penned a set of sturdy, dependable if slightly faceless classic hard rock tunes, the bodies of which are fleshed out by an absolute plethora of guest musicians, most of whom are as quietly anonymous as the main man himself. That’s not to say they are untalented – a scout looking to put together some sort of new classic rock ‘supergroup’ wouldn’t have to look any further than Rosenfeld’s albums for a healthy talent pool – rather that everyone involved here seems to have gone under the radar, fame-wise. Which obviously isn’t always a bad thing.

Best tracks are the strident Sorcerer, which amusingly features a vocalist, Fabricio Fonseca, who is a dead ringer sonically for current Rainbow mic twirler Ronnie Romero… the amusement coming from the fact that this track is by a country mile better than anything the Blackmore camp has come up with in it’s most modern iteration… and the Zeppelin/Rush hybridisation of Waves Are Coming, which features a classy vocal from Jose Eduardo Slompo.

Fans of the Hammond organ are well catered for, with Julia Dressen in particular impressing on the rocky Crazy Woman, and if there’s a single overbearing fact that shines through from this album it’s that, no matter how faceless the material is – and it is, at times, pretty formulaic – the performances of everybody involved are absolutely top notch.

There you have it, then. Rosenfeld is an absolute song writing machine, never less than utterly competent, sometimes approaching inspired. This, like all his other albums, is well played and superbly produced. And he’s offering it up on Bandcamp as a name your price release. What have you got to lose? Nothing, if you’re a fan of the glory days of progressive hard rock, that’s what.