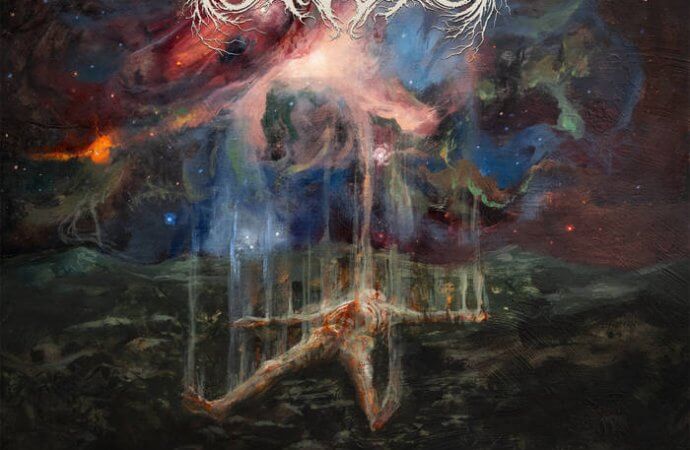 Short and not very sweet...

Canadian dissonance purveyors Atræ Bilis cover an awful lot of ground over the six tracks and twenty one-odd minutes of their new release Divinihility. They offer a sort of omnibus edition of the entire death metal genre within the grooves of tracks like Phantom Veins Trumpet, never resting on one source of influence for too long before lurching on to the next and sucking the life out of it.

That’s not to say that this record is overly stereotypical or even derivative; far from it in fact. Despite offering nothing particularly new, Atræ Bilis sound remarkably fresh and impactful. Sure, they trot out most of the tropes we know and love from nearly thirty years of death metal history; however they mould those tropes to their own purpose spectacularly well. Consequently Ectopian, which sounds at first like something suspiciously modern that you might find suppurating away on French label Xenokorp, blossoms into an absolutely storming piece of trad blackened death thanks to a strategically-placed Gothic choir and some nice old school axe mayhem from David Stepanavicius.

Stepanavicius plays a leading role throughout, preferring to bludgeon with his riffs rather than amaze with the prowess of his soloing for the most part; he’s the perfect foil for the demented vocals of Jordan Berglund, providing a relentless wall-of-sound barrage of riffs throughout. The pair work tremendously together on standout track Upon the Shoulders of Havayoth, but really you could press play at any point on the album and find them working up a hellish maelstrom of filthy sound.

Closing track A Ceremony of Sectioning had me dreaming fevered thoughts of a mashup featuring Nile and Mortician – although strangely it doesn’t sound much like either –  and I think any hardened death metal lover will have similar fun mixing and matching their own takeaways from this at times intriguing record. Well worth a listen.