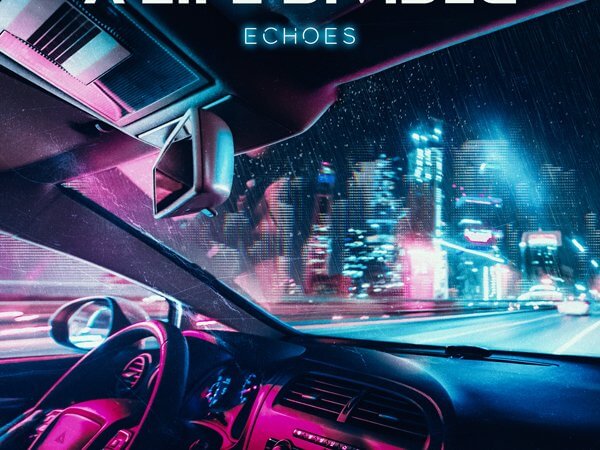 German popsters A Life Divided certainly master their art on new album Echoes – the question for Sentinel Daily readers is more focussed on whether the ‘metal’ quotient on the album is adequately filled.

The overall answer to that question would probably have to be ‘no’, but it would be a shame to overlook this record release simply because the guitars don’t quite hack and slash enough when the chips are down.

What you do get with Echoes is half an album of adequate synthpop with darkwave overtones, and half an album of very, very good darkwave with synthpop smudges. Like I say, only you can decide whether that’s enough to tempt you to take a dip, but for my tired old ears it definitely has to be said that Echoes is going to be something of a non-guilty pleasure for the foreseeable future.

The first four tracks on the album don’t particularly shake any foundations – Opening track Hello Emptiness kicks in dramatically enough before settling down for a life as a mildly intriguing Depeche Mode/Nine Inch Nails hybrid, but from track five onwards the band embark on an enthralling journey towards anthemic closer and standout track Forevermore, which really ends matters on a high and sets you to thinking which tracks you’d like to hear over and over again.

One of those might be the moderately riotous Servant; it’s intro will have you thinking the band are attempting a cover of the Journey classic Separate Ways (Worlds Apart), and whilst the disappointment that they actually aren’t is fleeting it’s a disappointment nonetheless. That notwithstanding, it’s rather a nice track, politely jagged guitars battling swirling synths as crooner Jürgen Plangger goes about his smoothly striking business over the top. Imagine Brother Firetribe in a relaxed mood crossed with latterday Sonic Syndicate and you’ll have an idea of just how pleasant this is.

The band hit peak eighties on the pulsing, synth-driven Enemy (there definitely seems to be a lo of this about in the world of Euro hard rock at the minute, as anyone who has heard the new Night Flight Orchestra single will attest), which again looks towards Basildon’s finest for inspiration with winning results.

So there you have it. A Life Divided aren’t going to be everybody’s cup of tea – but they deserve a listen and some open-minded ears nonetheless.

Echoes is out on January 31st.